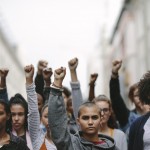 The National Association of Social Workers (NASW) and its Minnesota Chapter issued statements reacting to the murder of unarmed African American George Floyd at the hands of police in Minneapolis on May 25. His death has led to massive protests around the nation and spurred a renewed call to end racism in our society. Other NASW Chapters are weighing in on ... END_OF_DOCUMENT_TOKEN_TO_BE_REPLACED