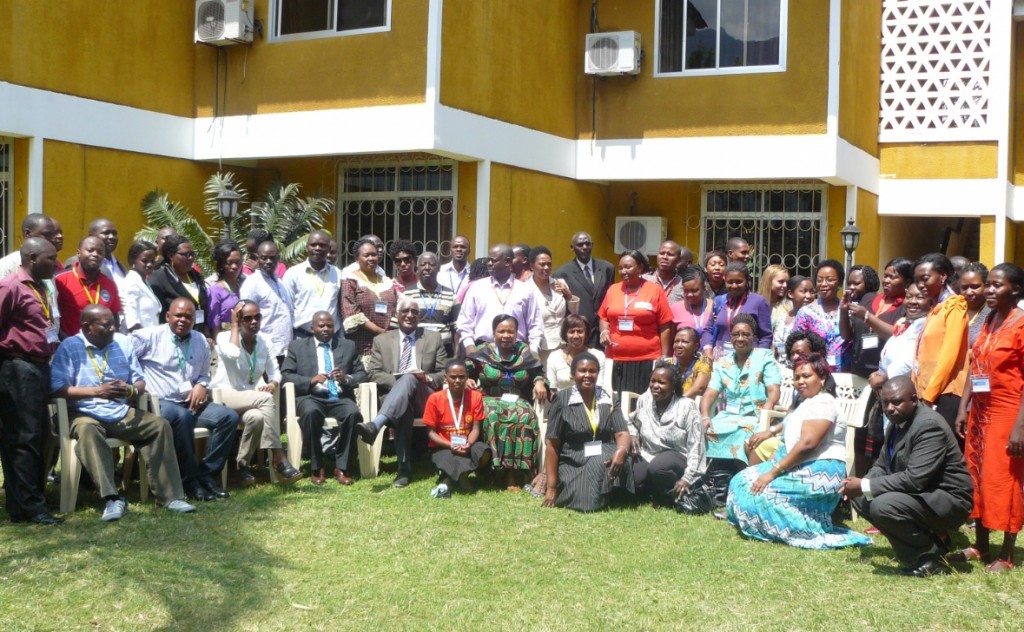 NASW Deputy Director of Programs Heidi McIntosh, MSW, and NASW Manager of Social Justice and Human Rights Mel Wilson, LCSW, MBA, were not there simply to observe the process. They fully participated in the gathering, including making a presentation, joining discussions that were generated after each presentation, and networking with the general membership during informal discussions.

McIntosh and Wilson also met with TASWO leaders to discuss ways in which NASW can be helpful in helping TASWO address challenges it faces in sustaining viability and meeting objectives.

The takeaway from the annual meeting was the serious, focused presentations and discussions of TASWO members and invited guests.

The overall theme of the annual meeting was the role of social work in dealing with intractable poverty in Tanzania. Almost one out of three people in Tanzania lived in poverty in 2012, according to World Bank data.

The TASWO membership exhibited a high degree of knowledge about issues of poverty and offered well thought-out ways in which the social work profession can help Tanzania’s government in its efforts to mitigate the social impact of poverty. NASW added to the discussion by delivering a presentation entitled Discussion of Safety Net Approach to Combatting Poverty in the United States and Tanzania.

Ours was one of many presentations offered during the meeting. Each presentation, in its own way, enhanced the quality of this year’s TASWO Annual meeting.

Social workers in Tanzania are more dependent on government for employment than in the United States. Therefore, much of the dialogue fit contextually into a broader concern that TASWO members have about the role of the social work profession in the face of emerging government policies and programs to reduce poverty. For example, the Tanzanian government has initiated comprehensive anti-poverty programs that include outreach at the village level. 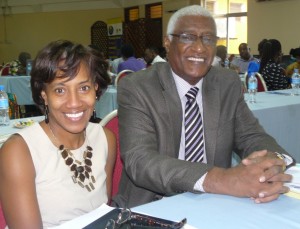 The significance of how this discussion played out was how those present embraced and commended the two para-social workers while, at the same time, seeking clarification from government about how para-social work will be integrated into the country’s service delivery system.

A related contribution to the annual meeting was the closing speech given by Dr. Deo Mtasiwa. Dr. Mtasiwa is the Tanzanian Deputy Permanent Secretary for Local Government Authority.

His address was important in several ways. He has the authority to oversee how government programs and initiatives are implemented at the regional, district, and village level. As a physician, he is acutely aware of the bio-psychosocial needs of Tanzanian children and adults who live in abject poverty.

Mtasiwa is aware of the importance of the social work profession in providing services to those in need and said the Tanzanian government would carve out defined roles for social workers through the Ministry of Health and Social Welfare. He said he is committed to ensuring that sufficient funds are allocated to expand social work positions within agencies under his areas of responsibility.

In summary, the quality of the dialogue and serious commitment to meeting the needs of impoverished Tanzanians shown by TASWO members was inspiring. McIntosh and Wilson returned to the United States with a clear sense that NASW must maintain and strengthen it rselationship with TASWO.

It was clear to them that in the face of significant challenges, TASWO’s membership and leadership have a strong commitment to asserting the role of social work as an important entity in helping Tanzania respond to the many needs of its citizens who are low-income or impoverished.

Learn more about the partnership between NASW and TASWO.