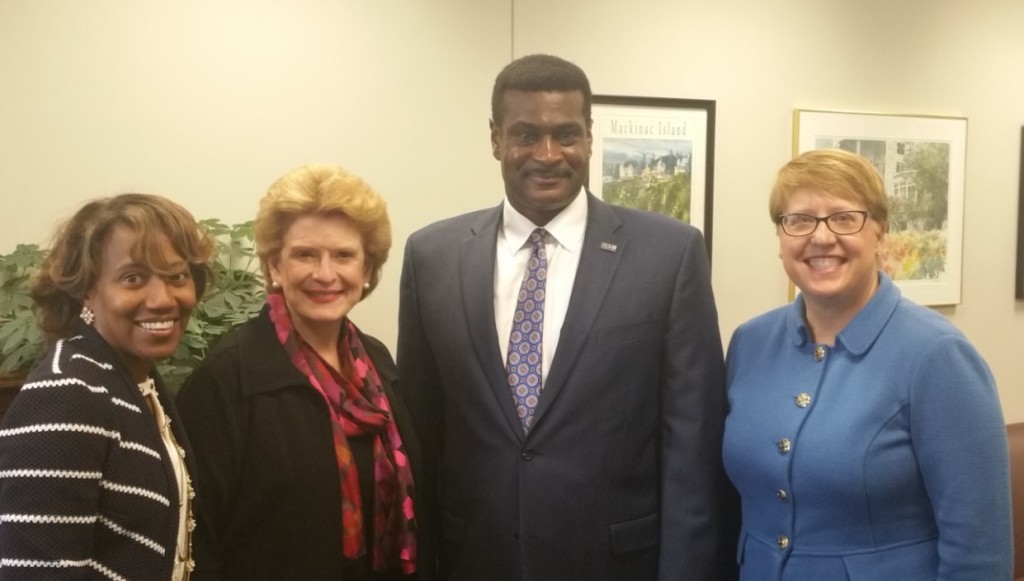 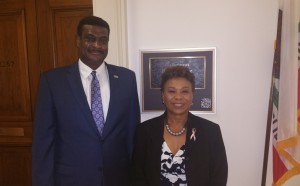 NASW CEO Angelo McClain visited the office of Rep. Barbara Lee (D-CA) on Oct. 8, 2015 to thank her for introducing the legislation.

We urge our members, the wider social work community, and allies of the social work profession to take part in activities to encourage Congress to pass this important piece of legislation.

The Improving Access to Mental Health Act of 2015  was introduced by social workers Sen. Debbie Stabenow (D-MI), Sen. Barbara Mikulski (D-MD) and Rep. Barbara Lee (D-CA-13), members of the Congressional Social Work Caucus. The bill is H.R. 3712 in the House and S. 2173 in the Senate.

Passing any legislation in Congress is difficult, especially proposals that require increased spending. However, NASW believes increasing the Medicare reimbursement rate to 85 percent of the physician fee schedule is a credible and politically viable option.

Join NASW’s Advocacy listserv to follow this  legislative and other issues important to social workers.  For more information on the Improving Access to Mental Health Act of 2015 contact NASW Senior Field Organizer Dina Kastner at dkastner@naswdc.org.