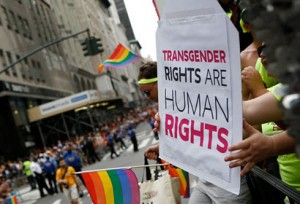 The National Association of Social Workers has joined six other child and family advocacy organizations to sign a letter from the Human Rights Campaign (HRC) urging South Dakota Governor Dennis Daugaard and other governors not to approve legislation that discriminates against students who are transgender.

“NASW supports all efforts to repeal laws and discriminatory practices that impede people who are transgender from expressing the gender that matches their sense of self,” NASW CEO Angelo McClain, PhD, LICSW, said. “People who are transgender, although more visible in public and media, still experience severe discrimination in the workplace, housing, and in schools and are more vulnerable to hate-fueled violence.”

“This proposed legislation is especially egregious since it would harm vulnerable children,” McClain said.

Bills have been introduced in 12 states to deny transgender students access to appropriate restrooms and locker rooms and preventing them from playing on sports teams that are consistent with their gender identity.

The National Association of Social Workers supports equal rights for all. For more information visit NASW’s Diversity and Equity website.