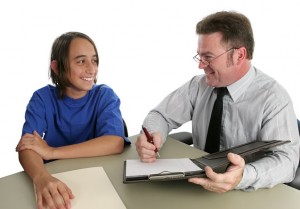 When President Obama released his final budget for Fiscal Year 2017 on February 9, there were several opportunities for social workers in child welfare, behavioral health and early childhood home visiting.

According to a U.S. Department of Health and Human Services statement on the President’s budget, “Research shows that children in the child welfare system who have caseworkers with a Bachelor’s or Master’s Degree of Social Work have better outcomes, including shorter time in out-of-home care, increased adoptions, and a lower likelihood of being removed from their homes.”

The budget includes $1.8 billion over 10 years to ensure child welfare caseworkers and other professionals have the right skills to best meet the needs of children, youth, and families in the child welfare system. This funding would enable individuals to earn these degrees in exchange for a commitment to work for the child welfare agency for a time commensurate to the length of the education benefits.

To incentivize states to exercise this option, this proposal would offer an enhanced match rate for case planning and management for children in foster care, as well as for administrative activities related to children who are candidates for care, when these activities are significantly performed by caseworkers with either degree.

While the Children’s Bureau has supported the education of social workers through both a discretionary grant program begun in 1962 and through use of Title IV-E training funds since the late 1980s, the 2017 budget is far more explicit about the value of social work preparation for child welfare careers.

It also targets increased resources to support Bachelors in Social Work (BSW) and Master’s in Social Work (MSW) preparation for child welfare workers and addresses some of the administrative challenges of using Title IV-E funds for social work education.

Specifically related to Title IV-E training, President Obama is proposing to directly charge the cost of BSW and MSW education to Title IV-E, eliminating the cumbersome process of cost allocating the expenses based on the percent of a worker’s caseload that is Title IV-E eligible. The NASW Social Work Policy Institute widely disseminated an action brief  that outlined changes needed for Title IV-E training that are in keeping with the President’s proposals.

In the fall of 2015 NASW responded to several queries from Children’s Bureau staff about whether a social work degree makes a difference in child welfare outcomes. NASW Senior Consultant Joan Levy Zlotnik, and other social work colleagues from across the country who have dedicated years to the professional development of child welfare workers provided extensive information and research findings to the Children’s Bureau,and were elated to see that information reflected in the 2017 Budget.

NASW’s efforts on this issue have included more than 25 years of staff and volunteer leadership, collaborations with other national organizations and Children’s Bureau’s staff, support to NASW chapters to address such issues in their states, and analysis and dissemination of research related to the child welfare workforce, including involvement in numerous working groups, conferences and symposia to exchange ideas and build the knowledge base.

Many of these efforts are detailed in Keeping Social Work Relevant for Child Welfare Practice in the Journal of Baccalaureate Social Work and in the NASW Press publication The Children’s Bureau (2013). Zlotnik’s testimony before the Commission to Eliminate Child Abuse and Neglect Fatalities in February 2015 highlighted the need for policy change focused on the child welfare workforce. Several resources can also be found on the Social Work Policy Institute website. Zlotnik was recognized for her contributions to these efforts by the Child Welfare Track at the 2015 CSWE Annual Program Meeting.

For more information about the 2017 President’s Budget related to child welfare:

From the NASW Press:

The Children’s Bureau, A Century of Shaping Child Welfare Practice, Policy and Programs