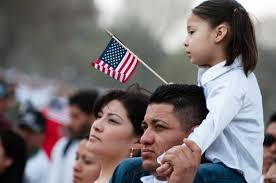 The U.S. Supreme Court on June 23 failed to act on deciding the fate of millions of undocumented families whose legal status had been in limbo since Texas challenged President Obama’s executive action which sought to limit the risk of deportation of parents of Deferred Action for Childhood Arrivals (DACA).

The President’s executive action, referred to as Deferred Action for Parents of and Lawful Permanent Residents (DAPA), would have allowed as many as five million parents of DACA children to “come of the shadows” without fear of deportation. The U.S. Supreme Court’s 4-4 tie in the ruling means the 5th Circuit Court of Appeals decision will remain in effect and these parents are again at risk of being deported.

The National Association of Social Workers (NASW) had joined a number of national child welfare organizations on an amicus brief in support of Obama’s DAPA executive action. Therefore, we are deeply disappointed about the ruling.

If the court had ruled as NASW and other advocates had wished it would have prevented millions of families from experiencing emotional and economic insecurity caused by the fear of deportation. These children were also born in the United States and have long been a part of our communities

Finally, it is very important to point out that courts matter. That the Texas v. United States case ended in a 4-4 tie is directly related to the Senate Judiciary Committee Republican leadership’s refusal to grant a hearing for Supreme Court nominee Judge Garland. NASW has been involved with urging the Senate to bring the Supreme to its full constitutional level of functioning.

Hopefully, the Senate will move ahead with confirming Judge Garland. In that event, NASW agrees with leading immigration advocates in urging the U.S. Department of Justice to seek a rehearing when a ninth justice is confirmed for the Supreme Court.

For more information on this issue contact NASW Social Justice and Human Rights Manager Mel Wilson at mwilson@naswdc.org or visit the websites of the National Immigration Law Center and First Focus.