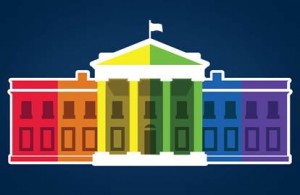 The final week of Pride Month included an event at the White House, the naming of a new National Monument, a sea-change of policy at the Department of Defense.

On Monday, June 27, 2016, the White House convened a White House Forum on the LGBT and Disability Issues.   Maria Town, Associate Director and Disability Community Liaison, White House Office of Public Engagement welcomed the audience and noted, “Today, across the United States, we have great people doing awesome work to promote equity for Lesbian, Gay, Bisexual, Transgender People with Disabilities.”  She went on to note that the aftermath of the violence in Orlando (earlier in June during a Latinx night at Pulse) is a reminder that gun violence can create disability; and the importance of reminding all persons that their lives are worth living.  Victoria Rodrigues-Roldan, Director, National LGBTQ Task Force Trans/Gender Non-Conforming Justice Project, named June 27th the First Annual Day of LGBTQ People with Disabilities.  She stressed, “our identities are valid, that we exist, and we do not have to choose to select one identity.”  She went on to highlight findings in the Injustice at Every Turn: A Report of the National Transgender Discrimination Survey, which found that 28% of transgender persons seeking healthcare have been harassed by providers. Additional panel presentations addressed  Policies and Best Practices and Community Driven Initiatives.

On June 30, 2016, US Secretary of Defense Ash Carter announced that, effectively immediately, the US military will have a policy allowing for open transgender service.  As this policy is rolled out, there will be new training set in place and healthcare available for all current service members.

And, on July 6,2016, as part of Recover Month, the Substance Abuse Mental Health Services Administration (SAMHSA) convened a panel of experts to address, “Family Recovery: Prevention and Treatment Approaches for Diverse LGBT Families”. The presentation, featuring two NASW members, focuses on  the experiences of LGBT individuals in general with some consideration to ethnic and racial communities, and the impact of acceptance or conflict about sexual orientation and gender identity on behavioral health. Panelists address behavioral health disparities within the LGBT community, and the role of the Affordable Care Act in the provision of behavioral health services for this community.