Thanks again for joining the National Association of Social Workers (NASW) at the Women’s March on Washington on this Saturday, January 21, 2107.

The March begins at 10am Eastern Time and will kick off in front of the U.S. Capitol at Independence Avenue and Third Street, SW. The rally will disperse at the southern part of the Ellipse near the White House, at Constitution Avenue between 15th and 17th Streets, NW. 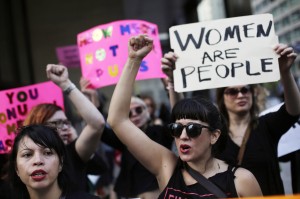 New information: NASW will convene between 10:00 and 10:30am Eastern Time outside the Archives-Navy Memorial-Penn Quarter Metro Station at Pennsylvania Avenue and 9th Street NW. We will walk to the rally together. You can map out your Metro ride at www.wmata.com.

NASW staff will have posters to distribute that say Social Workers for Social Justice. You can view the signs ahead of time on our web site on the left panel under the advertisement at http://www.socialworkers.org/advocacy/AdvocacySocialJustice.asp. You are welcome to bring your own signs as well. NASW National staff will be visibly present at the gathering location to help in any way we can. Also, please use an online map to identify the streets and landmarks.

Please use the NASW hashtag, #nasw, as you post on social media throughout the March.

Questions can be directed to me at dkastner.nasw@socialworkers.org or 202-336-8218. You can also find out more information about the March at the Women’s March website, www.womensmarch.com.

The March is being organized by an independent group, the Women’s March on Washington (WMW). NASW’s role is to facilitate our members’ participation and help establish a unified presence for social workers.

Individuals who participate in the March do so voluntarily and at their own risk. NASW cannot be responsible for participants’ personal safety or other potential risks.