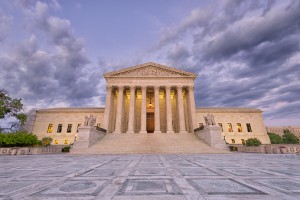 The National Association of Social Workers (NASW) chooses not to support the Senate confirmation of Betsy DeVos to become U.S. Secretary of Education.

The overarching reasons for our position are that DeVos is woefully inexperienced in managing a major federal agency, appears to have very limited knowledge of federal and state government public education policies and regulations, and her seeming unwillingness to embrace the long-standing commitment of the U.S. Department of Education (DOE) to developing a high-quality system of public education for children regardless of their socio-economic status.

It is important to recall that the DOE has existed with a particular mandate to improve public education from early childhood through graduate school by working with state and local governments. Just as important, DOE’s mandate was expanded when the passage of anti-poverty and civil rights laws placed a priority on equal access to quality education for children of color and children from very low-income households.

The Elementary and Secondary Education Act in 1965 launched a comprehensive set of programs, including the Title I program of federal aid to disadvantaged children. Also in 1965, the Higher Education Act authorized assistance for postsecondary education, including financial aid programs for needy college students.

In an affirmation of his view of the importance of public education, President Jimmy Carter in 1979 signed legislation to establish the current DOE as a cabinet-level agency. He appointed Shirley M. Hufstedler, a former Federal Court judge with a deep understanding of the value of cultural equity and the importance of a major federal role in public education, as the first Secretary of Education.

Over the past decades both Democrat and Republican Presidents have placed a high value on appointing individuals who possessed leadership in education, law, government or other large bureaucracies to head this agency. The nomination of Betsy DeVos is a departure from that standard.

Ms. DeVos, an advocate for school vouchers, played a key role in a number of major education policy decisions in Michigan . It is worth noting that she has neither worked in public education nor have her own children ever attended public schools.

NASW finds it ill-advised to appoint someone such as Ms. DeVos who has never held a leadership position in a school or school district, has never been an educator, has never worked directly with children and families in public schools, and has not led a state agency or other large bureaucracy to head this critical department.

Her deficits became evident during her testimony before the Senate Committee on Health, Education, Labor, and Pensions, where she showed very limited understanding or knowledge of critical federal legislation such as the Individuals with Disabilities Education Act (IDEA).

Ms. DeVos also made a claim that establishing support for Title IX enforcement guidance would be “premature.” This was a curious statement given that Title IX, enacted in 1972, is necessary to protect students from discrimination based on gender in education programs or activities that receive federal financial assistance.

While NASW welcomes innovative approaches to bringing much needed improvements to our nation’s public education systems, Ms. DeVos comes with an education philosophy that is almost entirely focused on charter schools and private education systems.

She has expressed antipathy towards supporting public education and has worked hard to divert public education funds to the charter school movement. We think this is a misguided point of view. Having a viable, fully funded public education system is essential for the many millions of children who absolutely need access to free and well-supported neighborhood elementary and secondary public schools.

We are concerned that the appointment of Ms. DeVos to become Secretary of Education might lead to deemphasizing public education as a national priority.

Though she was recommended for confirmation by the Senate Health, Education, Labor, and Pensions Committee, she must still be confirmed by a simple majority of the full Senate. Her confirmation became uncertain when two Senate Republicans – Susan Collins and Lisa Murkowski – announced they will vote “no” to her confirmation. Their decision to vote against this nominee was their conclusion that Ms. DeVos was essentially unqualified for the job, which is the same reason for NASW not supporting this nominee.

Though NASW recommends she not be confirmed, in the event she becomes the next Secretary of Education, we will continue to insist that Ms. Vos (1) fully accepts her responsibility to enforce all existing federal regulations that protect student civil rights (2) enforce policies that guarantee equal access to education for all children, especially those with disabilities, and (3) recognize the importance of a viable national public education system that can thrive simultaneous to promoting innovative approaches such as evidence-based charter school programs.

The National Association of Social Workers is in partnerships with coalitions that are working to stop DeVos’s confirmation. We are also urging our members and the larger social work community to contact their senators to oppose the confirmation. For more information contact NASW Senior Practice Associate Sharon Dietsche, LCSW-C, LICSW at sdietsche.nasw@socialworkers.org.