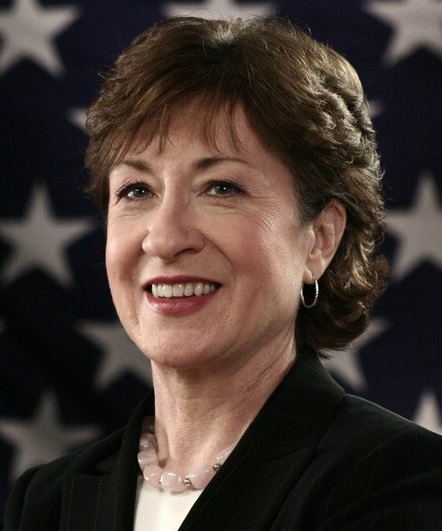 We are writing to share our views regarding the ongoing debate over repeal and replacement of the Affordable Care Act. We appreciate the thoughtful attention you have given this issue and thank you for your careful examination of various proposals being considered.  We understand that the Senate is not likely to bring the House’s  American Health Care Act up for a vote and that the Senate has been said to be starting from scratch. Yet we remain deeply concerned that many of the same proposals in the AHCA are being considered in the Senate plan.

We know that you are mindful of the profound consequences that many of these proposals would have on the residents of Maine – in particular, seniors, people with disabilities and children who could be deeply impacted.

We are particularly concerned about Medicaid provisions included in the AHCA, especially the implication it would have for older Mainers and others living in rural Maine who depend on Medicaid for their health care.

It is our hope that the Medicaid provisions in the House bill are not in any way the basis for the legislation that the Senate considers. The fundamental structural changes to the Medicaid program proposed by the House would cause tens of millions to lose coverage, raise costs and remove protections for millions more. The bill would also effectively phase out the Medicaid expansion including the option to expand for states like Maine that haven’t yet done so, but may in the future. We urge you to reject the House’s approach to cap and cut Medicaid. As you know, the Medicaid program is a crucial lifeline for over 260,000 Mainers including 65,000 people with disabilities, 50,000 seniors and 130,000 children. Medicaid is effective, with costs growing more slowly than either Medicare or private insurance. Yet, as you know, the House bill includes over $800 billion in cuts to Medicaid that would have a grave impact on Maine, which would lose $1 billion in federal Medicaid funds over the next ten years under the AHCA.

In particular, we want to flag the especially damaging effects of the per capita cap. A per capita cap would seriously harm Maine, requiring choices that would hurt seniors, people with disabilities and families – including restricting eligibility, reducing services, cutting payments to providers, or a combination of all three. Maine’s ability to respond to an unexpected increase in health care costs due to an emergency, such as the opioid crisis, would be severely limited. It would also hurt Maine’s health care infrastructure.  As rural hospitals, community health centers, home health providers and others struggle to meet the needs of their communities, cuts in federal funding would severely restrict their ability to provide the care needed by their low-income patients, especially in rural areas.

Again, we greatly appreciate and thank you for the approach you are taking with this debate and for the concerns you have shared about the AHCA.  For all of these reasons we ask you to oppose any bill that increases the number of uninsured, including by:

We also request that you work with your colleagues to ensure that the Senate will not vote on final passage of any health care reform bill without an analysis from the Congressional Budget Office that shows the bill’s impact on coverage and the deficit.

Many of us have met with you or your staff to discuss various aspects of the AHCA.  We thank you for carving out time for those discussions and meetings, especially given everything else going on in Washington D.C. at this particular moment.  As individuals and organizations who, like you, are working hard to represent the people directly affected by the health care reform debate, we remain committed to providing you the best information about this legislation and look forward to continuing to work with you.

Disability Activists and Allies of Maine