Women’s March Witness: “It was immediately clear the participants had a sense of purpose” 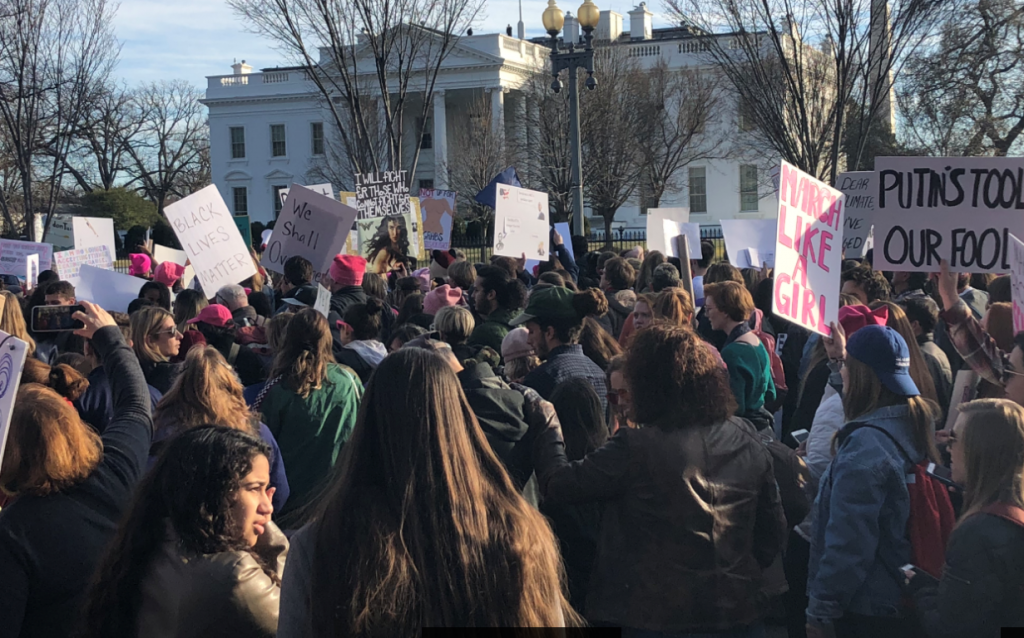 March participants gather in front of the White House. Photo by Mel Wilson.

Mel Wilson, LCSW, MBA, social justice and human rights manager at the National Association of Social Workers, attended the Women’s March of 2018 in Washington, D.C. He wrote about his experience:

The Women’s March of 2018, drew hundreds of thousands of marchers to major cities nationwide such as Washington, DC, New York City, Chicago, Los Angeles, Milwaukee, Denver, Dallas, and Montgomery, Alabama. There were also marches in many small towns and cities as far away as Anchorage, Alaska.

In Washington D.C., the event was called the “March on the Polls.” It is estimated that tens of thousands marchers showed up for the event. This year’s march was held on the anniversary of women’s march of 2017. While that march was historical in the size of the turnout, the Women’s March of 2018 seemed to be more centered on the specific objective of raising awareness about the importance of voting in the upcoming 2018 midterm election.

The crowd in the Washington, D.C. march was orderly, but not sedate. It was immediately clear that the participants had a sense of purpose. There were many signs that protested the policies of the Trump administration, especially on the immigration issue of the “Dreamers.”There were also continuous chants and slogans that reminded the crowd that the mid-term elections were of the utmost urgency.

Perhaps the second most important observation about the participants in the Washington, DC march was its diversity. There was a mix of white women, women of color, young, and old- and a relatively large number of men who were present. Just as significant was the fact that the diversity of the marchers did not muddle their message. They all were fully focused sustaining the energy of this year’s women’s march through November 6, 2018.