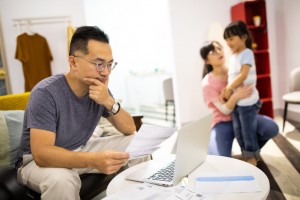 Please read this message from National Association of Social Workers partner, the Coalition on Human Needs, and take action!

Right now, Congress is looking to add bipartisan tax legislation to the end-of-year budget package. It is imperative that if there is any tax legislation helping businesses and the rich that we also do what we can to help low-wage workers. The Earned Income Tax Credit (EITC) and the Child Tax Credit (CTC) help working families and individuals better provide for basic needs. These two tax credits together lifted 8.9 million people out of poverty in 2018, and helped millions more, and with improvements they can do more to alleviate poverty and help low-income families keep up with the increasing cost of living.

“Any tax package that passes this year must include improvements to the low-income tax credits: the Earned Income Tax Credit and the Child Tax Credit.” 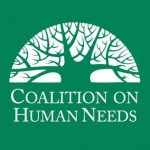 More Background: The overwhelming beneficiaries of the Tax Cut and Jobs Act of 2017 (TCJA) are corporations and wealthy individuals while largely ignoring low-wage workers, whose wages have been stagnant  in recent decades, and their families. Congress will likely add a bipartisan package of tax provisions to end-of-year budget legislation including ‘technical corrections’ for business provisions in the TCJA. Those corrections will add more tax breaks worth billions for business. Senators need to hear from us now that any tax package must help low-income workers.

The 2017 law included a highly touted $1,000-per-child increase in the CTC (from $1,000 to $2,000 per child). However, low-income working families with 11.4 million children are receiving only a token CTC increase of $75 or less. The reason is because under the 2017 law the CTC doesn’t start to phase in until a tax filer has more than $2,500 in earnings, and it then phases in slowly. And if a family’s CTC would exceed the federal income tax it owes the family cannot receive more than $1,400 per child as a tax refund.

The EITC for low-wage workers who aren’t raising children in their home is often too small even to offset the income and payroll taxes that these workers must pay, and doesn’t cover workers of all ages. That’s the main reason why the federal tax code taxes more than 5 million such workers into or deeper into poverty. Despite longstanding bipartisan support to boost the EITC for these workers, the 2017 tax-cut law failed to include it.