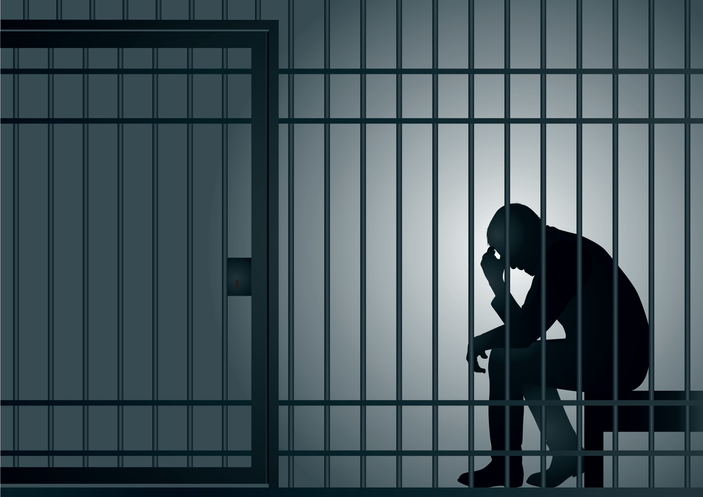 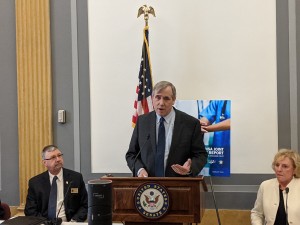 The National Association of Counties and the National Sheriffs’ Association are supporting counties’ efforts to improve health care services for justice-involved individuals and to reduce the number people with mental illness in jails.

Specifically, they support legislation that would allow individuals in custody to continue to receive Medicaid and other federal health benefits until they have gone through due process and are convicted.

Currently, the Medicaid Inmate Exclusion Policy puts undue hardships on county and parish jails, supporters say, by having them finance the expense of mental health treatment, which can also disrupt the person’s care and contributes to recidivism.

By providing access to federal health benefits for those awaiting trail and verdict decisions would help counties break the cycle of recidivism caused or exacerbated by untreated mental illness and/or substance use disorders, thereby improving public safety, supporters said.

Among the speakers were  Sen. Jeff Merkley, D-Ore., who introduced S. 2626. It calls for an eligible individual who is in custody pending charges to receive Medicare, Children’s Health Insurance Program (CHIP), or veterans’ health benefits.

Merkley said removing federal health benefits for a person awaiting charges creates chaos and it also becomes a justice issue. Those who are wealthy enough to pay bail, continue their federal health care benefits, he noted. Those who cannot afford bail lose their health care, he said.

“This amounts to a penalty before adjudication,” he said. “We’re saying we presume you are innocent, but we are penalizing you by interrupting, terminating your health care. That’s a pretty big penalty and it’s just wrong….”

You can view a recording of the event at https://www.naco.org/resources/video/capitol-hill-briefing-intersection-health-and-justice-look-inside-county-jails. Learn more at www.NACo.org. Contact Blaire Bryant NACo Associate Legislative Director, Health at bbryant@naco.org.