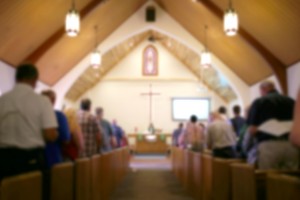 The National Association of Social Workers (NASW)  participated in an amicus brief led by the National Women’s Law Center, along with the Leadership Conference on Civil and Human Rights, Kevin Russell of Goldstein & Russell, P.C., and 67 other organizations, that was filed in the  U.S. Supreme Court on March 11, 2020 in consolidated cases, Our Lady of Guadalupe School v. Morrissey-Berru and St. James School v. Biel.

At stake in these cases is the scope of a doctrine called the “ministerial exception.” This exception was originally created to allow houses of worship to hire and fire ministers without court involvement. But now religious employers—in these cases, Catholic schools—are trying to use this theory to deny civil rights protections to their lay employees.

We filed this brief in support of these two schoolteachers, and all the other teachers and staff at religious schools who could be denied their civil rights in the workplace if the U.S. Supreme Court expands this exception.

Our brief addresses how religious employers are using this exception to try to deny workplace rights, including protections against sexual harassment, unequal pay, disability discrimination, and claims for overtime pay. Alarmingly, employees have no way of knowing if they are being considered ministers by their employers until after they have faced discrimination and try to bring civil rights claims. If the Court expands the ministerial exception as requested by the religious employers in these cases, it would cause enormous harm to women, people of color, immigrants, people with disabilities, older workers, LGBTQ workers, and others who face multiple and intertwining forms of discrimination.

Amici urge the Court to reject these attempts to expand the ministerial exception and instead, rule in a manner that allows teachers and other employees at religious schools to retain their critical workplace civil rights protections.