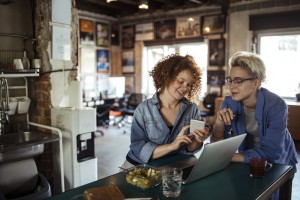 This week the U.S. Supreme Court made an historic decision that federal anti-discrimination laws protect gay and transgender workers. The National Association of Social Workers (NASW) wholeheartedly supported this decision and was involved in the case. Here is how:

In July 2019, NASW and several other organizations participated in an amicus brief led by Southern Poverty Law Center (SPLC) that was submitted to the U.S. Supreme Court regarding three consolidated cases that involved Title VII of the Civil Rights Act of 1964, which bars employment discrimination based on race, religion, national origin and sex.

However, under Title VII, which was passed over 50 years ago, members of the LGBTQ community were not explicitly protected from discrimination. The amicus brief focused on the fact that the LGBTQ population disproportionately experience sex-based discrimination in the workplace and presented social science research to support arguments about discrimination and poverty to show that, without Title VII’s protections, members of the LGBTQ community would face even higher levels of unemployment, which in turn would lead to higher levels of poverty, economic insecurity, and other associated harms.

The three lower court cases that were addressed by the Supreme Court were:

In all three cases, the employers admitted terminating the employees because of their sexual orientation. They argued, however, that sexual orientation and identity were not covered under Title VII, therefore, the terminations were legal and not in violation of the law. The Eleventh Circuit Court of Appeals agreed with the employer, upholding the Georgia ruling. However, the Second and Sixth Circuit courts, which heard the other 2 cases respectively, ruled against the employers. The decisions of the courts in these and similar cases revealed a split in the federal courts. The 2nd , 6th and 7th Circuits have found legal protection for such workers under federal law but the 5th and 11th Circuits have not.

On June 15, 2020, the U.S. Supreme Court addressed the split in federal court on the issue of whether Title VII federal discrimination laws protect gay and transgender workers. The Supreme Court ruled that sexual orientation and transgender status are protected under Title VII of the Civil Rights Act of 1964 and LGBTQ workers are protected from job discrimination, delivering a major victory in the fight for civil rights for members of the LGBTQ community. Unfortunately, the plaintiffs Donald Zarda and Aimee Stephens passed away before their cases reached the Supreme Court but their cases were continued by their estates. And watch this video to learn more about NASW’s long-standing support for the rights of people who are LGBTQ.

Watch this video to learn more about NASW’s long-standing support for the rights of people who are LGBTQ.