The U.S. Senate Judiciary Committee today voted to confirm of Amy Coney Barrett to the U.S. Supreme Court and advance it to the full Senate for a floor vote. It is almost assured that the Senate will vote in her favor.  The National Association of Social Workers (NASW) issued the following statement: 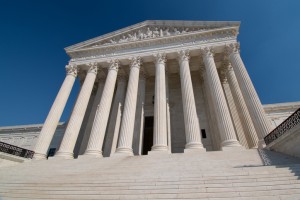 This nomination and confirmation process was rushed and lacked legitimacy. It was an affront to the American people. More significantly, her advancement to become the ninth Justice on the Supreme Court fundamentally changes the philosophical composition of the Supreme Court in such a way as to threaten the continued health care protection for millions of Americans under the Affordable Care Act (ACA). Just one week after the election, the Court will hear arguments to declare ACA unconstitutional. The addition of Judge Barrett to the High Court makes the survival of ACA extremely precarious.

The elevation of Judge Barrett to a lifetime appointment to the Supreme Court also raises the real likelihood that Roe v. Wade will be overturned or weakened.  Such a decision would undo a precedent of recognizing the right of women to control their own bodies  that has stood for nearly half a century. In her testimony during the hearings, it is abundantly clear that Judge Barrett is hostile to the original intent of Roe v. Wade and is insensitive to protecting women’s – and especially Black and Brown women’s – access to affordable reproductive health care.

It goes without saying that NASW is deeply disappointed that the Senate Leadership rammed this important appointment through without giving the incoming president the opportunity to nominate his own choice to fill Justice Ginsburg’s seat. The appointment of Judge Barrett reaffirms that elections have consequences and the composition of all federal courts cannot be ignored as a high priority. NASW will continue to work with its allies on ensuring fairness and balance is returned to the Supreme Court.