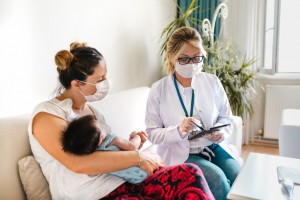 The court is scheduled to begin hearing arguments on the case on Nov. 10. In this case, a group of states led by Texas is attempting to dismantle the entirety of the ACA by arguing that the ACA’s “individual responsibility provision” was rendered unconstitutional when Congress reduced the tax for not having health insurance to zero as part of tax reform in December 2017. A coalition of states led by California and the U.S. House of Representatives have stepped in to defend the ACA, as the Trump Administration has declined to do so.

In our brief, we explained the devastating impact that striking down the ACA would have on women and their families — and particularly on women and families of color.  The brief emphasized that the COVID-19 pandemic and impending economic recession make the ACA’s protections even more critical for women’s health and economic security. The brief explained how the ACA’s multiple protections against sex discrimination in health care have resulted in improved health outcomes and economic security for women and their families, and that Congress had no intention of discarding these protections when it lowered the tax for the individual responsibility provision in 2017.

The California v. Texas amicus brief can be found in NASW’s Legal Defense Fund (LDF) amicus brief database.  Also, here is the blog NWLC wrote about the case and its brief filed in the Fifth Circuit.