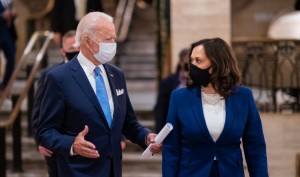 NASW’s participation was made possible through a contribution made to the campaign by Political Action for Candidate Election (PACE), NASW’s political action committee.  At the event, high-level campaign staff provided their inside perspective on the presidential election and the priorities on which Biden will focus if elected. The event featured key campaign staff:

NASW’s endorsement and support of Vice President Biden was highlighted by the campaign team and Dr. McClain was called upon to discuss our efforts to elect the Biden/Harris ticket.

The election is close, but it’s not too late to get involved!  The “How To Volunteer In The Final Stretch” one-pager can be found here.