NASW-PACE field organizers talk about their experiences during election

In an effort to elect candidates who support legislation and policies consistent with the goals of the social work profession and those served by the social work profession, the National Association of Social Workers Political Action for Candidate Election (NASW-PACE) employed field organizers in five key swing states during the 2020 election. These field organizers worked in Arizona, Georgia, North Carolina, Wisconsin, and Florida to promote the election of NASW endorsed candidates to the Senate, House, and Presidential elections. Now that Election Day is behind us, some field organizers have shared their thoughts about their electoral work: 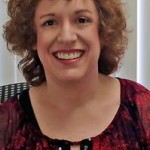 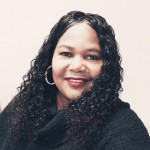 “This has been an incredible experience in learning so much about the importance and extent of social workers’ efforts and commitment within our society and how it all ties in with policymakers. The social worker community is an extraordinarily important constituency that our elected officials must recognize!” – Judy Jones 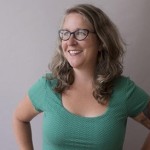 “Spending the last three months as the North Carolina Field Organizer for the National Association of Social Workers has been exciting and inspiring. I have especially treasured my time spent in social work classrooms, graduate and undergraduate, across the state. Our social work students represent the future of our profession, and many of them are first-time voters. It is an honor to help them connect the dots between voting, civic participation, and social work, and to understand that, by helping our clients to increase their access to decision-making power, we help them empower and improve their lives. Voter suppression is alive and well in North Carolina, but there is a new generation of social workers standing up for social justice and public participation and I’m proud to call them my colleagues.” – Jodi Rhoden 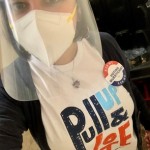 “This position combined two of my passions, community engagement, and political activism. It provided an opportunity for me to grow my skills and my network. During my time as an organizer, I was able to work with the local chapter as well as national and work with other chapters to the same goal. It was an amazing experience to hear and learn from other chapters. At a local level, I was able to connect with local and state organizations to learn about their efforts and outreach, while providing support. I was able to connect with other social workers and members to communicate the message of the importance of voting. Through my time at the chapter, I also provided presentations to social work schools and was able to connect with the students. One of my favorite tasks was the social media outreach, as well as the e-blasts. I also volunteered as a poll observer on election day (please see attached photo). The best part of the job was working with the Wisconsin team, they are amazing, welcoming and so dedicated, I learned so much from them.”  – Camilla Barrera 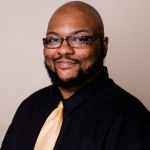 “The National Association of Social Workers- Political Action for Candidate Election (NASW-PACE) program has been nothing short of informational and fantastic. The field organizer position, commonly referred to as political organizer, allowed me as a social worker to focus and hone essential and necessary skills; advocacy and collaboration. This position required a social worker, as my tasks require many of the skills I learned in social work colleges. While working in politics, the requirements can be daunting and overwhelming. Many moving parts and constant dynamic changes make it a high-stress arena, filled with literal victories and losses. After the endorsees had been approved, the most critical task was to get myself involved with each campaign, which became tedious, as Florida is a big state and had nearly 50 endorsees. Which meant gathering information on each candidate, and their campaign contacts, email address, and personnel. This task was followed by locating and contacting local and statewide agencies that also endorsed the candidates. I assure you, Florida may be the sunshine state, but the emails of candidates’ campaigns are not easy to find. Once you find them and set yourself up as a volunteer( so you can get invites to their events), it ensured you would receive countless emails daily, referencing opportunities for members and supporters to get involved. Having a chance to build a relationship with the campaign managers of endorsee’s is pivotal.  They are very willing to work with agencies who can help their candidate. Once you become involved with the campaigns and build a rapport with the managers, the only step left is to motivate your volunteers to participate, get out the vote, and obviously WIN! It helps to be social media savvy and innovative as ways to target a person or group to gather information can be varied by week. During employment, I gained a great look inside the political process and collected new skills while enhancing those I already possessed. I would not trade this experience and opportunity for anything else during this monumental year.” – Jordan Reed

We are so grateful to each field organizer for all of their hard work. Although some campaigns are preparing for runoffs, the results of the targeted state elections are as follows:

Last but not least, we are very excited about America’s future with the Biden-Harris team leading our nation.