Within the last three weeks, two incidents of apparent police misconduct have received national attention that NASW finds to be deeply problematic.

The first incident is related to the police shooting of 24-year-old Casey Goodson Jr., a Black man from Columbus, Ohio. Mr. Goodson, who was unarmed, was shot to death by police in his grandmother’s home—in front of her and two toddlers. Though police claim he was armed and warned him to drop a weapon, his grandmother said he had only a sandwich. No weapon was found on or near his body.

Not only is there no information on why Mr. Goodson was stopped in the first place, footage of the incident is unavailable because cameras aren’t used in that jurisdiction. U.S. Marshalls, who were searching for a fugitive in the area, have made it clear Mr. Goodson was not a subject of the search.

This case is under investigation by the Ohio Attorney General’s Office.

The second case of police misconduct was also appalling. It involved the February 2019 mistaken arrest of Anjanette Young, a Black licensed clinical social worker (LCSW) from Chicago. Police wrongfully invaded Ms. Young’s home to exercise an arrest warrant while Ms. Young was disrobed. Although she repeatedly informed the police they had the wrong address, she was unlawfully detained without clothing—in front of male police officers. Once it was confirmed they had the wrong address and she was released, Ms. Young filed a complaint. However, the Chicago Police refused to release the body-camera recording until forced to do so by the courts. Once released, the recording fully corroborated Ms. Young’s account of the inappropriate and demeaning treatment. The Mayor of Chicago personally apologized to her on December 17, 2020. 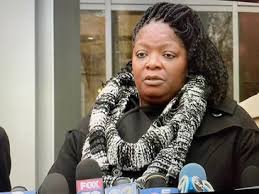 Both incidents graphically remind us that the battle to end systemic racism in law enforcement still has a long way to go. The tragedy in the death of Mr. Goodson — and the abhorrent treatment of Ms. Young—reinforces the urgency of ending racial profiling, having national standards for use of force by police, and developing national standards that severely curtails the use of no-knock warrants.

Lastly, we must have national laws requiring body and dashboard cameras be active during all police encounters—jurisdictions must also be required to make the recording immediately available when an arrest is challenged by the arrestee.

Again, NASW strongly condemns the tactics and bureaucratic obstructions used in Ms. Young’s case. We also demand that the State of Ohio fully and fairly investigates the shooting death of Mr. Goodson, which we also denounced, and issues a comprehensive report on the circumstances of his killing at the hands of police.