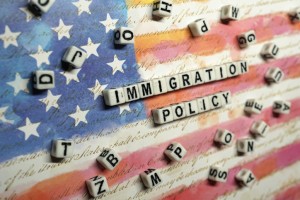 The incoming Biden-Harris Administration’s firm commitment to immigration reform and making it one of the first issues they addressed on their first day in office is a welcome turn of events. By  all accounts, the administration has come up with an  ambitious immigration legislation plan. In addition, Biden had already begun the process of rescinding  many of Trump’s immigration policies, such as ending Muslim Ban,  halting work on the southern border wall, and reversing plans to exclude undocumented people from being included in the 2020 Census. Biden’s executive order also  declared a 100-day deportation moratorium  affecting  many, but not all, undocumented immigrants.

While the reversals of Trump’s unfair and racist detention and travel policies were celebrated by immigration justice advocates, we must express our deepest disappointment that many will not benefit from the temporary hold on deportations. Primarily, those not included in the 100-day moratorium were barred for being national security risks or have arrest for a criminal offense, no matter how minor. Too often those categorized as criminal risks are people who are Black or Brown. The Biden administration must end the long history (of other administrations) of using public safety and national safety as pretext for criminalizing those classes of immigrants.

On the legislative front, Biden announced his plan to introduce a comprehensive new immigration bill. The basics of the legislation is to create a less restrictive path to citizenship for more than 10 million undocumented immigrants. Although Biden has a Democratic House and Senate to work with, the slim majority in both bodies means that getting a comprehensive immigration reform bill passed into law is going to be difficult. If Senator Marco Rubio’s statement , “There are many issues I think we can work cooperatively with President-elect Biden, but a blanket amnesty for people who are here unlawfully isn’t going to be one of them,”  is any indication reform will be hard fought. 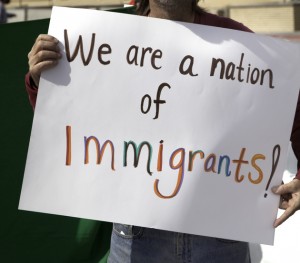 An area where the Biden immigration team has been somewhat lukewarm is its lack of immediate support for immigrants in the country under the Temporary Protective Status (TPS) program. The administration acknowledges the vulnerability of TPS residents. However, instead of issuing an executive action to extend TPS for those whose status is expiring,  the administration vaguely mentions including such individuals in a possible legislative solution. Because of the high number of TPS immigrants from African countries, advocacy organizations representing Black immigrants are rightfully pressing Biden to consider an executive order to address their concerns of being deported.

All things considered, the Biden-Harris administration has effectively delivered a message that it is committed to put an end to atrocious immigration policies such as child separation, ending the Trump Remain in Mexico policy by allowing asylum seekers to request asylum at the American border instead of in Mexico, bringing stability and clarity for Deferred Action for Child Arrivals (DACA) eligible residents, ending the Muslim ban, and issuing a temporary moratorium on deportations.

It must be remembered that for years NASW has been an active member of multiracial and multigenerational coalitions of immigration reform advocates and voters who were leaders in ending the anti-immigrant policies of the Trump administration. President Biden can be assured that these same coalitions will stand with him in his efforts to pass into law his comprehensive immigration reform legislation. There will be challenges, but the country is now closer to bringing justice to its immigration system than it has been in many years.