Those of us who are elated with the outcomes of the two senatorial elections in Georgia have a truly short time to relish the victories.  Given the many crisis-level public health, economic, civil rights and political concerns confronting the Biden administration, Senators Jon Ossoff and Raphael Warnock must hit the ground running.

That said, the significance of the Democrats gaining control of the Senate cannot be overstated. The question is, will this unexpected turn of events enhance the Biden administration’s chances of achieving its top  legislative and policy priorities? 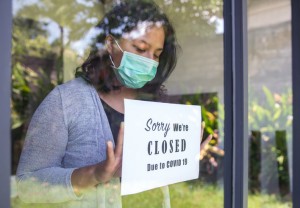 President-Elect Joe Biden and his advisors had planned for a large COVID-related economic infusion soon after his election. However, they anticipated a major fight to get it through a Senate led by Sen. Mitch McConnell (R-KY). When Georgia elected two Democrats in the runoff election, that equation suddenly changed. Though the Senate will now be evenly split between Democrats and Republicans, with Vice President Kamala Harris having the tie-breaking vote, the Democrats have majority power.

Confirmation of the Biden Cabinet and Seat Judges

While less important than the multi-trillion-dollar stimulus initiative, the ability of Biden to win confirmation for his cabinet nominees and federal judges will be immediately enhanced by the change in the Senate leadership. Until that point, Biden’s transition team had been preparing for battles with Republicans to get their nominees confirmed.

For example, Biden’s nominee to become the head of the Office of Management and Budget is Neera Tanden. The transition team was aware it would have been difficult for Tanden to be confirmed by a McConnell-led Senate . The wins in Georgia makes it more likely that Tanden will be confirmed relatively easily.

By gaining the Senate majority, Democrats have control of all the branches of government except the U.S. Supreme Court. Though this bodes well for many important legislative priorities, it does not mean that Biden will not meet significant resistance. The following is a list of key legislative priorities that now stand a chance of becoming law: 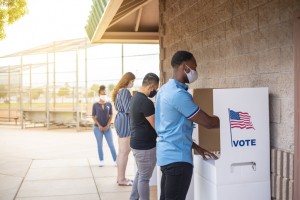 The For the People Act  is a comprehensive voting protection and voting integrity bill that this the No. 1 e priority for House Democratic leadership. This legislation includes reforms that, among other things, protect against voter suppression and gerrymandering and eliminates “dark,” secretive campaign financing by the rich and powerful. The bill passed the House in 2020 but was prevented from being considered in the Senate by McConnell. It was reintroduced by Speaker of the House Nancy Pelosi (D-CA) as priority legislation for the 117th Congress. Prior to the Democrats gaining control of the Senate, expectations were that it would again die in the Senate. However, supporters of HR-1 (which includes the National Association of Social Workers) are confident that all or part of For the People Act will be enacted.

The John Lewis Voting Rights Advancement Act (HR-4)  was renamed after the death of the Civil Rights icon. The Voting Advancement Act is legislation that is intended to restore the preclearance requirement  the Supreme Court disallowed in its 2013 ruling against the Voting Rights Act of 1964. The House passed the bill in 2019, but the McConnell-led Senate refused to allow it to be brought up in the Senate. Now that the Senate is in Democratic hands, the bill will soon be re-introduced with the expectation that it will be debated in the Senate. With the Biden administration’s support, the John Lewis Voting Advancement Act has a good chance of becoming law. 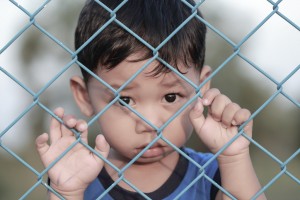 Impact on the Immigration Agenda

Immigration is an area where the current pending legislation is the  American Dream and Promise Act, which provides a path to permanent legal residence to unauthorized migrants brought to this nation as children. The Act directly benefits the so-called “Dreamers.” Nonetheless, immigration has been one of the Biden administration’s top public policy priorities since Biden was elected . Before pursuing immigration reform legislation, Biden’s team will first take on the task of rolling back the many immigration-related executive orders implemented by President Trump. Analysts have suggested that Biden cannot be singularly focused on issues such as protections for the DACA eligible residents, but must also immediately a review and reverse the nation’s immigration policies and practices. The challenge is that the policy reforms must be done while he works on comprehensive immigration reform. In that the Democrats have now gained Congressional power, immigration reform legislation will be introduced, debated, and voted upon in both the House and the Senate. This would have been highly unlikely under a Republican led Senate.

The Marijuana Opportunity Reinvestment and Expungement Act of 2019 (MORE Act) is a significant bill from the decriminalization perspective. The main provisions of this legislation include removing marijuana as a Schedule I drug, which effectively decriminalizes simple possession of marijuana at the federal level. Additionally, the MORE Act allows for expunging previous marijuana arrests or convictions, under defined conditions, and the bill imposes an annual 5 percent tax on the legal marijuana industry, with the proceeds to be used to fund substance use treatment and prevention programs. The MORE Act, which passed the in House in 2020, was introduced. It also has the support of the leaders of the legal marijuana industry. However, though it received bipartisan support in the House, most of the supporters of the MORE Act (which includes the National Association of Social Workers) were skeptical that McConnel would take-up the legislation in the Senate  Again, the victories in the Georgia runoff election has made is more likely (though not guaranteed) that it will become law in 2021.

The Equality Act (HR-5)  is Civil Rights legislation intended to correct the omission of providing the LGBTQ community with protections in the Civil Rights Act of 1964.  Specifically, the bill will prohibit discrimination based on sex, gender identity, and sexual orientation, and for other purposes. The Equality Act passed the House on a bipartisan vote. The Senate then received the bill for consideration. The Equality Act has been reintroduced in the Senate for 117th Congress. The National Association of Social Workers is a member of a national taskforce to promote the Equality Act and to increase the bipartisan support for its passage. This is another case where the change of leadership in the Senate greatly increases the chances that the Equality Act will become law.

The outcomes of the Georgia runoff elections significantly improves President-elect Biden’s chances to accomplish most of his objectives on climate change. With a GOP-controlled Senate no longer in place, the incoming president has greater latitude to shape climate change legislation and get it passed by Congress. For example, the Biden team’s climate action pledge  includes a $2-trillion economic plan for major climate change policy and regulatory changes. However, many of the policies would have been blocked by a Republican-controlled Senate. But the power shift means such legislation has greater odds of passing. 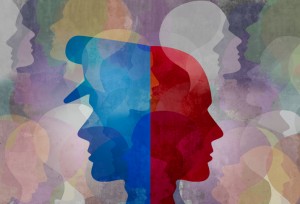 When is comes to the legal justice and carceral system, the two overarching policy and legislative issues are systemic racism and police reform.  The Biden transition team prioritized taking steps to end systemic racism and bringing about police reforms within its first 100 days. The passage of the bipartisan First Step act in 2018   it would seem that getting bipartisan support for police reform legislation would be less difficult.  However, the Democrat’s police reform bill (Justice in Policing Act) met resistance from Senate  Republicans and was never brought up for consideration.  The Biden transition team was prepared for a tough battle in trying to move police reform legislation in its first term. The outcomes of the Georgia runoff elections made getting full Congressional support for reforms less daunting.

The above examples of proposed  Biden polices and legislation are critical to millions of Americans, most of whom are left vulnerable due to the COVID-19 pandemic, health disparities, systemic racism, and a legal justice system that needs comprehensive reforms.