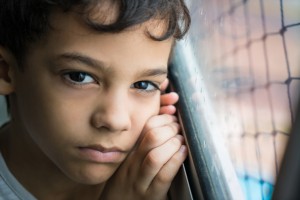 Thousands of unaccompanied minors arrived in the U.S. in February.

As social workers, we should be concerned about the welfare and protections of children. It should be noted that many of these children have been stranded in Mexico for a year, despite federal law granting them the right  to seek asylum at the U.S, border.

However, in a classic case of the law of unintended consequences, the administration’s good intentions have resulted in a looming crisis—a massive number of unaccompanied migrant children presenting themselves at the border seeking asylum.  This influx was triggered by asylum seekers in Central America having anticipated the end of the “remain in Mexico policy” and began making the long trek to the U.S. border.

Border patrols intercepted more than 9,400 unaccompanied migrant minors crossing the border in  February. The February data was the highest monthly total in border crossings by unaccompanied minors since a surge in migration began in the spring of 2019. The continuation of this significant spike has strained government resources and placed the Biden administration in the position of appearing to be unprepared for a surge that some say should have been anticipated.

While Department of the Homeland (DHS) Secretary Alejandro Mayorkas recently announced new plans to accommodate increasing numbers of children arriving on the southern border, his announcement is in the face of  the Biden administration coming under fire and being accused of detaining children in inhumane conditions. The paradox of having their asylum policies seen as being the same as the previous administration is something that President Biden must address immediately.

It is a positive step that Mayorkas is opening new temporary influx center in Arizona to house the asylum seekers. Other centers are opening in Carrizo Springs, Dallas, and Midland, Texas. Though these facilities will not have the same oversight as permanent shelters operated by the Department of Health and Human Services, they are much better alternatives for housing and caring for children than U.S. Customs and Border Protection (CBP) intake facilities― which were designed for single adults.

More than  4,200 children were reportedly being detained in those facilities. The concern is that most of them remained beyond the 72-hour limit― as dictated by the Flores Settlement ― before being transferred to Health and Human Services (HHS) custody. This means that some are sleeping on gym mats with foil sheets and have not been permitted to go outside for days at a time.  An exacerbating factor to finding shelter space is the reduced capacity because of social distancing policies associated with the COVID-19 pandemic.

In order to be in compliance with the 72 hours retention limit, DHS intends to open new processing centers jointly operated by CBP and HHS. This plan will place children in HHS care immediately after Border Patrol encounters them. HHS also seek to open additional, temporary housing where unaccompanied children can be placed until they are released to family members in the United States or placed in foster care. The immediate dilemma for the administration is ensure they are treated humanely and locate housing.

A further step by the Biden administration to avert a humanitarian calamity was to direct the Federal Emergency Management Agency (FEMA)  to improve the process for managing the increasing number of unaccompanied migrant children entering U.S. border custody―primarily to respond to the reported overcrowding in Border Patrol holding facilities. FEMA states it will work with the HHS to “quickly expand capacity for safe and appropriate shelter, and provide food, water, and basic medical care.” Again, it is critically important that the administration coordinate with all relevant government agencies to gain control of the situation.

There are many reasons why these children leave their homelands. Many are from families caught up in desperate socioeconomic conditions that include COVID-related economic crises; hurricanes that struck their countries late last year; gang violence, government corruption; and crop failures due to regional climate change. In fact, the proposed U.S. Citizenship Act of 2021  speaks directly to the importance of focusing on the root causes of migration.

One possible way reduce the number of asylum seekers making the arduous journey is to have them apply for asylum in their home countries –an Obama-era policy discarded by Trump. The new administration states that it will work with Central America’s “Northern Triangle” countries — Guatemala, Honduras, and El Salvador — to create processing centers in those countries that would screen migrants to see if they are eligible for humanitarian protections, including asylum.

The bottom line is that while it is a mistake to equate the Biden administration’s asylum-seeking policy with the callous Trump family separation approach, the administration does have a serious problem on its hands.

Social workers should be equally invested in urging the Biden-Harris administration to institute policies for unaccompanied migrant children and asylum that adhere to international humanitarian standards.