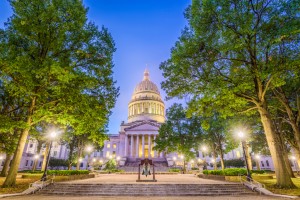 The National Association of Social Workers (NASW) West Virginia Chapter, and the other state advocacy groups, are cognizant of our state’s unique position in current national politics, and our role in passing several major pieces of federal legislation.

In particular, we are working through multiple actions and coalitions, such as The Declaration for American Democracy (DFAD), to overcome Sen. Joe Manchin’s opposition to the For the People Act (S. 1) voting rights legislation. It appears to be working! The Senator has moved from a solid no vote, to just yesterday releasing a set of amendments that address his concerns.

NASW West Virginia Chapter President Jennifer Wells, MSW, Associate Director of Community Change, has been organizing Black-lead organizations in several southern states to help them to urge Congress to pass sweeping legislation to protect voting rights. She is particularly focused on expanding the capacity for action and response among community-based groups in West Virginia.

My own relationship with Sen. Manchin goes back to his days as a member of the West Virginia Legislature and as Governor. I headed  his transition team groups on social services, veterans and seniors. His current communications director is the daughter of a former NASW West Virginia Chapter president who was instrumental in his gubernatorial campaign. While people from elsewhere often question and fret about him we know that, while he tends to speak his mind, his opinions are changeable.

Recently, I met with the senator along with other members of West Virginians United for Social and Economic Justice, on voting rights and infrastructure issues. He expressed his belief that, while the John Lewis Voting Rights Act is essential,  some provisions of S. 1 infringe on states’ rights.

Last Monday, The Rev. William Barber, co-chair of the Poor People’s Campaign, held a rally and march to Sen. Manchin’s office. It was attended by more than 300 West Virginians and received live national TV news coverage.

From early on it has been my opinion that he’s fully aware of what’s at stake. If Republicans continue to obstruct for political gain, he will say they’ve demonstrated they aren’t interested in bipartisanship and drop his objections.