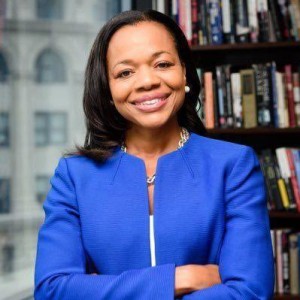 The National Association of Social Workers (NASW) and the rest of the Civil Rights and Social Justice community should be elated that the nation now has a seasoned and committed head of the Department of Justice’s (DOJ) Civil Rights division. On June 25th, the  Senate confirmed  Kristen Clarke as the first Black woman to lead the Justice Department’s Civil Rights division. It is fitting that Ms. Clarke was sworn in by Kamala Harris ―  the nation’s first woman of color to serves as vice president

It is also fitting that her confirmation came on the anniversary of George Floyd’s murder―which is symbolic of our hope for a reversal of the Trump administration’s hostility to civil rights, within DOJ’s Civil Rights division.

Ms. Clarke was well-known as a civil rights “warrior” prior to her confirmation. As the President and CEO of the Lawyers Committee for Civil Rights Under the Law, she was a stalwart advocate for voting rights and criminal justice reforms. In her earlier tenure at DOJ, she traveled across the country into communities like Tensas Parish, LA and Clarksdale, MS to fight attempts to suppress the votes of Black people.  Over Clarke’s 20-year career, she did three stints with federal civil rights teams and was an assistant counsel for the NAACP Legal Defense and Educational Fund.

As a member of the Leadership Conference for Civil and Human Rights’ Voting Rights Taskforce, NASW has worked collaboratively with Ms. Clarke on myriad civil and human rights issues. That she will join Vanita Gupta ― DOJ’s Associate Attorney General― means that communities under threat of voting suppression and other injustices will have leadership at DOJ committed to protecting their rights.