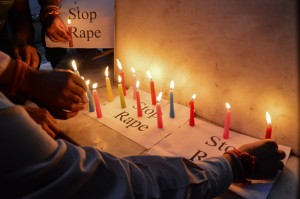 The National Association of Social Workers (NASW) and 30 other women’s right organizations in March 2021 participated in an amicus brief led by the National Women’s Law Center, in support of the Plaintiff-Appellee in Chase v. Nodine’s Smokehouse, Inc., filed in the U.S. Court of Appeals for the Second Circuit.  This case involved the rights of survivors of sexual assault – particularly those who are low-wage workers – to fair, impartial treatment both in the workplace and when reporting sexual assault to the police.

Our amicus brief discussed the important ways that gender bias by law enforcement, including reliance on harmful sex-based stereotypes, not only leads to failures in sexual assault investigations but also compounds the trauma of sexual assault survivors. The brief also presented social science research and legal precedents in support of the following issues:

Favorable decision: On October 4, 2021, the Second Circuit in its opinion, dismissed the defendants’ appeal for lack of jurisdiction and sent the case back to the trial court, allowing Chase’s remaining claims to continue forward. A copy of the amicus brief and opinion are attached and can be found on the LDF amicus brief database.  Additional information about the amicus brief can also be found in NWLC’s blog post  and  tweet on the case.