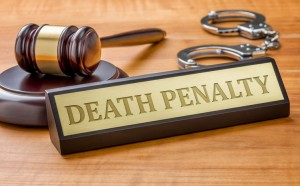 The National Association of Social Workers (NASW) and American Psychological Association (APA) on April 18 filed an amicus brief in support of a challenge to the death penalty case of Melissa Lucio, who is scheduled to be executed in Texas on April 27  as a result of a false confession. Our amicus brief provided research on the various interrogation techniques and dispositional factors that increase the risk of a false confession such as sleep deprivation, individuals with intellectual disability, lengthy interrogations, and other psychologically coercive tactics, several of which were a part of the Ms. Lucio’s interrogation.

Ms. Lucio has an IQ of 85 and 12 children with two husbands, both of whom were physically and mentally abusive. The family was also homeless for a period of time. Ms. Lucio’s two-year-old daughter fell down the stairs and hit her head but seemed to be unharmed. However, two days later the child was found unresponsive and died. Ms. Lucio’s  11 older children repeatedly said Ms. Lucio did not physically harm them or their sister who passed away, but they were not allowed to testify at trial.

Ms. Lucio, who was taken to the police station and interrogated late at night for several hours, repeatedly denied that she hit her child. After persistent interrogation for five hours, around 3:00 a.m., Ms. Lucio said “I guess I did it.” Part of the confession that was videotaped and played to the jury showed the interrogator used a doll and asked Ms. Lucio to demonstrate how she “spanked” her daughter. However, when she did not spank the doll hard enough, the interrogator spanked the doll himself.

At trial, the defense proffered expert psychological testimony regarding the effects of abuse and the conditions of the interrogation that could lead to a false confession but the court excluded that testimony during the culpability stage.  Based largely on the taped “confession,” Ms. Lucio was convicted of capital murder and sentenced to death. In 2019, a unanimous three-judge panel of the Fifth Circuit Court of Appeals granted Ms. Lucio a new trial but a divided en banc panel overruled 10-7 to uphold the lower court decision. In October 2021, the Supreme Court denied her petition for review. Texas immediately set the date of execution for April 27, 2022. The Innocence Project filed a petition for habeas corpus in the Texas Court of Criminal Appeals.

On April 25, 2022, just two days before the scheduled date of execution, the Texas Court of Criminal Appeals halted Ms. Lucio’s execution and sent the case back to the trial court for further proceedings.  We are pleased that NASW was able to play a role in obtaining this small but very important measure of justice.

More information about the case can be found at the Death Penalty Information Center.  This case was also recently featured in a Last Week Tonight with John Oliver segment (starting at time stamp 17:04) on wrongful convictions.

And here is a Texas Tribune news article on the halting of her execution.