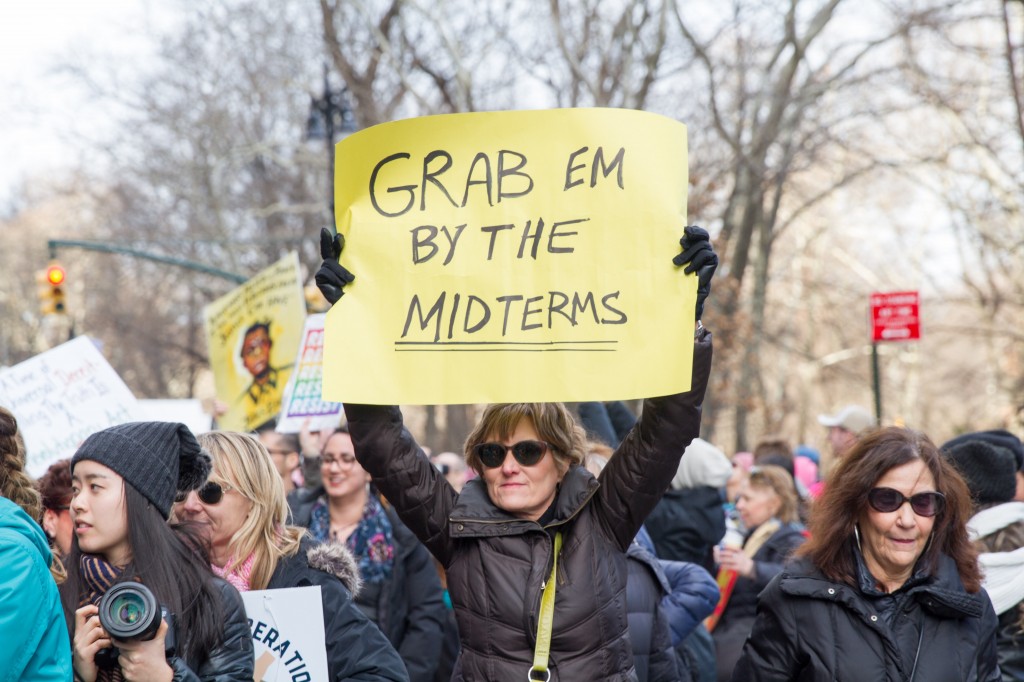 Photo of demonstrators at the 2018 Women’s March from Mirah Curzer of Unsplash.

The political climate approaching the 2022 Midterm Elections may very well be ranked with the years leading up to the Civil War as a period when the nation was facing the greatest threat to democracy.

While that danger has by no means dissipated, it has certainly has been stalled by the Midterm Elections outcome. Predictions a so-called “red wave” that would lead to an overwhelming Republican majority in the House and Senate had dominated national media in the weeks leading up to Nov. 8. That the red wave failed to materialize —Democrats retained control of the Senate — was a victory for democracy and social justice values.

That victory belongs to the millions of Americans who mailed in ballots and went to the voting booths with the clear objective of rejecting dangerous, authoritarian Trumpism that had been gaining momentum.

President Biden, to his credit, recognized the clear and present dangers facing the nation. So Biden, along with former President Obama, used national media and public appearances to convey the urgency. There efforts were effective. According to election analysts, the issues driving the massive turnout among Democrats were protecting democracy and restoring women’s right to seek abortion services— the same issues about which Biden and Obama raised the alarm.

It is encouraging the Democratic turnout demonstrated a diverse coalition of African Americans, Hispanics, progressive Whites, and young voters that held together despite predictions from detractors that the coalition would fracture. It is especially heartening that the youth voters, Gen-Zers included, were fully engaged in the 2022 Midterm Elections.

Levels of coalition participation in the voting process are not just a statistical reference. We can grasp the significance of their commitment when we realize the 2024 Presidential election is less than two years away. To view the Midterm Elections in isolation would be an error. In fact, it is a near certainty that anti-democracy and autocratic forces will field enthusiastic far- right candidates for national offices in 2024 —including presidential hopefuls. Therefore, it is imperative this coalition remain intact and organized through November 2024.

Additionally, we must guard against thinking the takeaway from the successes of 2022 vote as being transformative victories for social justice values, the fundamental Constitutional right for women to choose to have an abortion, and the preservation of democracy. The true takeaway is that many Americans made an affirmative statement with their vote.

They affirmed that they will not passively allow out of control autocrats and White supremacists to destroy 244 years of a flawed but mostly successful experiment in democracy called America. It is reassuring that as the nation moves toward its next challenge — the 2024 Presidential election— this pro-democracy coalition will be positioned do political battle against these existential threats.

Mel Wilson, LCSW, MBA, is the retired Senior Policy Advisor for the National Association of Social Workers. He continues to be active on a range social policy area including youth justice, immigration, criminal justice, and drug policy. He is a co-chairperson on the Justice Roundtable’s Drug Policy Reform Working Group.