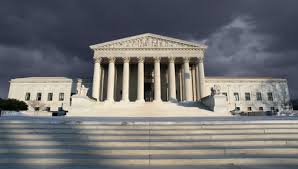 The National Association of Social Workers and its Massachusetts Chapter are closely watching the U.S. Supreme Court case McCullen v. Coakley and hope the court will rule in favor of keeping safety buffer zones around reproductive health care facilities in Massachusetts.

The court on Jan. 15 will hear oral arguments on whether the law is constitutional. A ruling is expected by spring or early summer.

Buffer zones such as the one enacted in Massachusetts ensure women and their health care providers can enter such facilities without fear of threats, intimidation and violence.

The danger is real. Since Roe v. Wade legalized abortion in 1973 anti-abortion extremists have committed acts of violence around reproductive health care facilities.

Hundreds of these facilities have been bombed, set on fire, attacked with acid, or blockaded. And at least eight people have been killed in or near such facilities, including four doctors, two clinic employees, a security guard and an escort.

The Massachusetts buffer zones create a safe space around such facilities while allowing anti-choice protestors to distribute literature or speak  to whomever they want outside of the area. Law enforcement officials in Massachusetts also support the buffer zone law because it has been effective in curbing violence.

NASW policies support the right of individuals to manage their fertility and have access to family planning and reproductive health services, including contraception, abortion services, and treatment of HIV/AIDS and sexually transmitted diseases.

NASW is part of a coalition of organizations, including the Center for Reproductive Rights, the National Abortion Federation and the Feminist Majority Foundation, that supports buffer zones. And NASW and the NASW Massachusetts Chapter are among more than 30 organizations that joined to file an amicus brief in the Supreme Court that calls for continuation of the Massachusetts law.

For more information on McCullen v. Coakley contact NASW General Counsel Carolyn Polowy at cpolowy@naswdc.org. NASW also urges members to write letters to the editor and use social media to educate the public about the need for buffer zones. For talking points contact NASW Senior Public Relations and Communications Specialist Greg Wright at gwright@naswdc.org. Social workers who would like to demonstrate at the U.S. Supreme Court on Jan. 15 are invited to join members of the Religious Coalition for Reproductive Choice. For more information on participating contact Public Policy Manager Joanna Blotner at jblotner@rcrc.org.