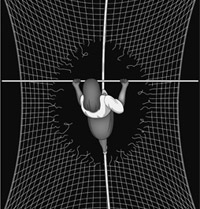 Mary Adams works full time as a bank teller for Wells Fargo and is a proud mother of six children, who range in age from 7 months to 23 years old. Her oldest son is in college, and Adams goes to church every Sunday, where she’s famous for her homemade banana pudding. She’s a positive and outgoing 40-year-old woman, and she radiates an enthusiasm for life that’s contagious.

But Adams also is a single mother, who, despite having a steady job with benefits, was evicted from her townhome and is now homeless. She lives with her young son and 14-year-old daughter in a shelter run by Northern Virginia Family Services while her other children are living separately with family members or friends. Adams rarely gets to see them, and she looks forward to a time when her whole family can be under the same roof once more.

“I never thought I’d be in this position,” Adams said. “Even though I was living from paycheck to paycheck, I was able to get by and provide a home for my kids. We weren’t rich, but we had what we needed. But once I went on maternity leave, my pay was cut and I fell behind on my bills and couldn’t catch up. Things happened fast … my car got repossessed; I fell behind on my rent. Now I’m living in a shelter.”

Adams is one of many Americans who have had to change the way they live over the past few years. According to an Associated Press report on the 2010 U.S. Census data, nearly one in two Americans is in poverty or considered low income. The latest Census results also show increases in the number of single mothers in America and the number of people over the age of 65 who are still in the work force instead of retirement.

The quintessential American dream has dissolved into meaning something entirely different than it once did, challenging social workers as they help an increasing number of clients who are suffering from the negative effects of a strained economy.

“The idea used to be that if you worked hard and invested in education, you could earn a living wage,” said Mary Agee, MSW, the president and CEO of Northern Virginia Family Services. “Now in different pockets of the country, it’s becoming increasingly difficult to afford living and quality of life. Even though people are working, some are simply not able to make ends meet.”

“We have seen an increase in food stamps and a 126 percent increase in caseload,” said Uma Ahluwalia, MSW, head of the Montgomery County Department of Health and Human Services in Maryland. “There is definitely an increase in people seeking aid from the public and nonprofit sectors.”

High housing costs also have put many Americans in situations where everyday living is challenging, according to NASW student board member Sarah Petela, project coordinator for the Connecticut Coalition to End Homelessness. In areas such as Fairfield, Conn., where the cost of living is high, it is now necessary to maintain an income of about $73,000 a year to cover basic rent or mortgage and utilities, she said.

“Huge housing costs have put many families in precarious situations” Petela said. “Obtaining an education may not lead to a job and housing. There is a true lack of a safety net.”

There is help, however, and Adams said she is grateful for that as she works to get back on her feet.

“If it were not for the help I receive now through working with my social worker and through NVFS, I don’t know where I’d be,” she said. “I’d probably be on the street because housing is so expensive now.”

From the February 2012 NASW News. NASW members click here for the full story.