“Marijuana has lit up conversations and controversy across the country. It’s a hotly contested and complicated issue for states to weed through, and no doubt will remain high on legislative agendas for the foreseeable future,” the National Conference of State Legislatures says on one of its website’s “Deep Dive” issues pages. 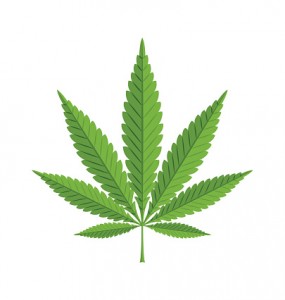 Voters passed eight marijuana-related ballot initiatives in 2016, and there are now 28 states that have legalized medical marijuana, along with Washington, D.C., Guam and Puerto Rico. Nine states have approved measures legalizing adult use of recreational marijuana, and 20 states have decriminalized the possession of small amounts for personal consumption, generally treating possession as a civil infraction or minor misdemeanor, the NCSL says.

“As states move forward with medical and adult-use recreational marijuana policies, the struggle intensifies among federal, state and local governments for control of marijuana law,” the NCSL states.

And as voters in more and more states legalize its medical and recreational use, many social workers in the field are having to take a wait-and-see approach on how new laws might affect their patients and their practices.

“Both our 58 counties and our cities can regulate some aspects of medical marijuana issues, and they have,” he said. “It’s still evolving now that a new law passed last November.”

That law legalizes recreational use, setting limits on quantities, like individual users can cultivate up to six plants or have up to 57 joints, 80 packs of gummy bears or 40 brownies, Wong said.

There is a two-year wait time as plans for retail sales are set, and a Jan. 1, 2018, rollout is estimated, he said.
Social workers have some concerns, Wong said.

“We’re always concerned about the misuse of any substance, as well as treatment, rehabilitation, prevention and wellness,” he said. “Our chief concern as social workers and as an organization is, we would prefer that people avoid using it if they’re prone to addiction. Our focus as social workers is going to be trying to figure out ways to help people avoid that.”

The chapter will wait for NASW national to develop new policies, he said.
Charles D. Syms was on the NASW task force that wrote the Specialty Practice Sections standards in 2004 for alcohol, tobacco and other drugs. It did not address legal marijuana use.
“What’s happened in states like Colorado and Washington is going to be an interesting experiment,” he said. “We don’t know what we’re going to see five years from now, 10 years from now. That will be a telling experience as far as treatment is concerned.”

Syms, a New York State NASW member, is a clinical associate professor at the State University of New York at Buffalo’s School of Social Work who teaches intervention for drugs and alcohol use.
“We’re likely to see social workers include evidence-based treatments for cannabis use in their protocols,” he said. “I think we’ll have to encompass those in the treatment process.”

From the April 2017 NASW News. NASW members can read the full story here.