NASW chapters remain on alert after focused attempts to eliminate or alter licensing requirements for social workers and other professionals are on the rise. 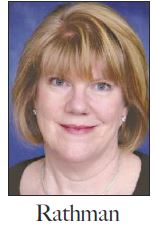 In one of the latest examples, NASW members and social workers turned out in force to voice opposition to a bill proposed by Iowa Gov. Terry Branstad, a Republican. It called to eradicate licensing requirements for numerous professions, including social workers.

Denise Rathman, executive director of the NASW Iowa Chapter, sent an alert to NASW chapters, saying the attempt appears to be a targeted effort by lobbying groups. An estimated majority of those in attendance were social workers when the Iowa House subcommittee met to discuss the governor’s bill, Rathman noted.

Iowa State Rep. Bobby Kaufmann, a Republican, chaired the subcommittee where the Branstad bill was assigned. Kaufmann said he received more than 3,600 emails about the bill, almost all of them in opposition, Rathman reported.

“The most effective speaker was probably the licensed dietitian, also at risk of losing her license, who spoke up for social workers because her daughter had been hospitalized due to an eating disorder and it was the social worker who was the most effective of the team treating her,” Rathman said.

Branstad’s bill was rejected by the subcommittee on Feb. 27, but the following day another Republican-led bill was introduced that sought to create a governor-appointed task force that would have taken a look at the state’s licensing boards. That proposal also failed to advance out of subcommittee, Rathman said.

Branstad argued there are too many state-licensed professions in Iowa.

“These licensing boards kind of look at it as something (like), ‘We’re there to protect the profession, not the public,’ and that’s my concern,” Branstad was quoted saying by Radio Iowa. “In some cases we’ve gone into places where I really don’t think we need to be licensed and it drives up the costs and it keeps out the competition.”

The American Legislative Exchange Council (ALEC) and the Americans for Prosperity (AFP) are conservative political advocacy groups that receive funding from the businessmen and philanthropist brothers David H. Koch and Charles Koch. The groups support regulatory reform, according to their websites.

From the May 2017 NASW News. NASW members may read the full story here.