Humans understood the power of words to heal long before they could write them. The holy men of primitive peoples chanted poetry for the good of their tribes and its members. 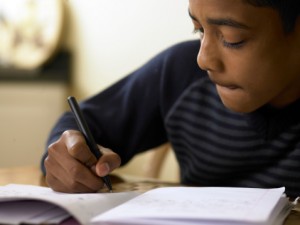 Later in human history, in the fourth millennium B.C. in Ancient Greece, words were used as medicine when they were written on papyrus. The material was dipped in liquid, and the patient drank the liquid and ate the paper to be healed.

Today biblio/poetry therapy is used in numerous settings, from client therapy to hospitals to students in schools, because “literary works foster self-awareness and soothe us with the recognition that we are not alone.”

Those words were written by Geraldine “Geri” Chavis on the National Association for Poetry Therapy (NAPT) website after she became president of the organization last year.

“If I had to reduce all therapies, all client practices, it’s all about instilling or restoring choice,” he said. “A client can respond to a poem any way he or she feels fit. That’s restoring choice in the ability to express yourself. That’s central to what we do in social work practice.”

Mazza, BA, MSW, Ph.D., LCSSW, ACSW, is a registered poetry therapist, licensed psychologist and licensed marriage and family therapist. He is a retired dean and the Patricia V. Vance Professor of Social Work Emeritus at the Florida State University College of Social Work in Tallahassee.

Mazza is the founding and current editor of the “Journal of Poetry Therapy: The Interdisciplinary Journal of Practice, Theory, Research and Education.”

In the Journal of Poetry Therapy in 2017, Mazza offers what he calls a “broad” definition: Poetry therapy involves the use of language, symbol and story in therapeutic, educational, growth, and community-building capacities. Poetry therapy is inclusive of bibliotherapy, narrative therapy, expressive writing and healing, and journal therapy.”

From the February 2018 NASW News. NASW members can read the full story here.