Many NASW chapters have been opposing recent efforts by governors and legislatures around the country to restructure state social work licensing boards. 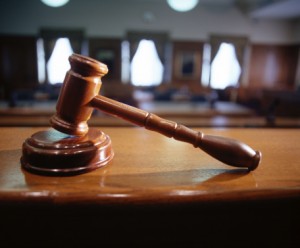 The goal of state policymakers is to consolidate these boards with a variety of others state professional regulatory boards and subject them to centralized state oversight.

Chapter leaders say this is a troubling trend, which could negatively impact the independence and effectiveness of social work boards.

States are proposing these actions in response to a 2015 U.S. Supreme Court decision, which addressed the liability of licensing boards for their members’ anticompetitive conduct.

In this case, the court found that the North Carolina State Board of Dental Examiners violated the federal antitrust laws by preventing non-dentists from providing teeth whitening services in competition with the state’s licensed dentists.

The court noted that a majority of the board’s members were themselves practicing dentists, and thus, they had a private incentive to limit competition from non-dentist providers of teeth whitening services.

When a licensing board is largely comprised of practitioners in the field (as in the case of the North Carolina board), the court concluded, the board may only avoid liability for anticompetitive decisions that are “actively supervised” and sanctioned by the state; the court found that North Carolina failed to provide such supervision with regard to the board’s action.

Because of this ruling, many states have undertaken efforts to assert “active supervision” over their licensing boards, so that board members retain immunity from potential claims regarding anticompetitive conduct, said Gary Gross, associate counsel at NASW.

“One type of effort is to consolidate a broad range of licensing boards within a state with centralized state oversight, potentially by bureaucrats with inadequate expertise,” Gross said.

However, there are more tailored and effective approaches to address the Supreme Court’s concern, he said.

For instance, state review, without the need for board restructuring, may be limited to the handful of matters potentially raising anticompetitive concerns, Gross said. Other issues, such as appeals regarding disciplinary matters and license denials, may be left to the board’s discretion, he said.

The NASW legal department has aided chapters in states where licensing boards are under scrutiny.

For example, the department helped prepare a letter for the Kentucky Chapter, which it used to oppose the governor’s proposal to consolidate the social work board into a unit board with a variety of other licensing boards, and subject it to oversight by a single state agency director, Gross explained.

“The governor’s plan would have reduced the number of licensed social workers serving on the board and vested final approval authority in a single agency official over licensing appeals, regulatory changes and disciplinary actions,” Gross said.

Among other harms, the approach would slow down critical work in such areas as licensing application processing and review of ethics complaints, he added. To date, the governor’s plan has not progressed.

Mississippi is another example of this trend, where Gov. Phil Bryant last year attempted to pass a bill that would empower his office with oversight of the state’s 54 licensing boards, said Janice Sandefur, executive director of the NASW Mississippi Chapter.

“His office would be responsible for all disciplinary actions,” Sandefur said. “Needless to say, there was an uproar. We joined in the fight against that bill.”

Eventually, the bill was modified to have oversight by a commission as opposed to just the governor, Sandefur said.

Similar attempts by state legislators or governors to take over control and/or to consolidate licensing boards have been occurring in a number of other states, including Arizona, Arkansas, Idaho, Iowa, North Carolina, Ohio and Wisconsin, chapter leaders reported.

Proponents of de-licensing argue that current laws and regulations governing many professions create an unnecessary barrier to entry, limit competition and increase prices by creating a wage premium, he said.

The arguments of de-licensing proponents do not hold water when it comes to social workers, Gross said.

Because social workers comprise the largest group of mental health care providers in the U.S., it is critically important to ensure that the profession complies with stringent competency standards, he said, adding that efforts to weaken licensing standards would harm, not protect, mental health consumers.

NASW legal is working with chapters to address such proposed legislation as it arises.

For instance, the legal department assisted the Iowa Chapter in drafting an op-ed article opposing the Iowa governor’s support of legislation to eliminate licensing requirements for social workers and other professions. The bill was soundly defeated. F

For more information on this bill, see the May 2017 NASW News.