Where should men turn when they are victims of abuse?

Much has been written and discussed about women abused by their intimate partners. However, stories of male survivors are often ignored, partly because of the universal stigmas that hinder men from speaking out, according to Zander Keig, LCSW.

“The numbers of abused men are much higher than people realize,’’ said Keig.

The Center for Disease Control (CDC) contends 1 in 4 women and nearly 1 in 10 men have experienced “contact sexual violence, physical or stalking “by a former or current partner or spouse.”

“IPV is a pervasive problem in the United States,” according to a recent article in Risk-Informed Intervention: Using Intimate Partner Violence Risk Assessment Within an Evidence-Based Practice Framework. The article appeared in Social Work, a publication of NASW Press and Oxford Academic. “IPV is often repetitive and may escalate; in a small number of cases, IPV leads to homicide.”

The abuse can start early—before age 18—and can last a lifetime, according to the CDC. However, men tend to suffer in silence.

“Part of the issue is there are fewer resources for men,” Keig said. If a man calls an emergency hotline for help, where can he go to hide from a violent partner? Are they going to be directed to services that will meet their needs? My understanding is that there are few places.”

Some men feel so much shame and anger because they experienced arousal during the abuse. Although they were merely having a physical response to touch not enjoyment, their anger and confusion can make it hard for them to deal or talk about the abuse, Keig adds. 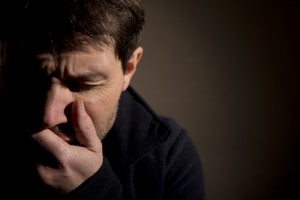 Experts say the number of abused men is higher than people realize.

Another issue is that men, especially those in the military, might find themselves in a position without power, or drugged or intoxicated, which makes it easier to be pressured with unwanted to sex.

In order to prevent these abuses, the CDC suggests these strategies:

Keig offered these facts for anyone who believes a man in their life could be a victim of male intimate partner violence:

Lastly, according to the aforementioned article, social workers can and should be aware of risk-informed social work practice when addressing IPV.

“Examples of risk-informed social work practice include the safe removal of firearms, safety planning around separation, and mitigating the negative consequences of strangulation and sexual violence. Clients ultimately use their self-determination to decide which risk reduction strategies to implement.”