In June, Madeline Howe had $40,000 in student loan debt she was paying on loans for a master’s degree in social work. By the end of July, her balance was zero. Though this may sound akin to winning the lottery, it happened after years of Howe struggling to pay the $84,000 it cost to achieve her graduate degree.

“When I graduated in 2007, I deferred my loan for a year as I was unable to pay my monthly rate as I looked for a job,” said Howe, who works in the child welfare system. 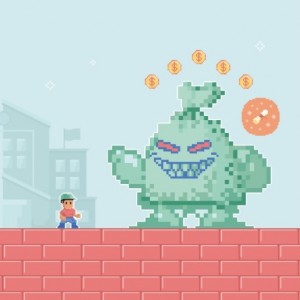 Once she found a job, it still took her almost three years to become financially stable enough to submit her monthly payments to the Public Service Loan Forgiveness program to eventually qualify for debt forgiveness.

“I paid as much as I could, when I could, but it was not until 2010 or 2011 that I was finally able to pay on a consistent basis,” she said. “Even still it was a challenge, but I couldn’t continue to be in default. For a pretty significant time I was moving money between my checking and savings to make sure I could keep up.”

Ultimately, she made more than the 120 payments required for the PSLF program. By then, the 41-year-old still had about $40,000 in student debt that she would have kept paying for likely another 10 years if not for the program.

“It was a huge relief,” she said. “I am no longer responsible for making those payments.”

Like so many others who go into social work, Howe applied for large loans to achieve the educational requirements of her career field while also discovering that her work wouldn’t pay enough for her to whittle down the mountain of student loan debt in less than two decades. But unlike some of her peers, she had an advantage in receiving help covering the cost of her bachelor’s degree.

“I had the great fortune that my parents paid for my undergraduate degree,” she said. “They did tell me ahead that if I wanted to further my education that I would be financially responsible. The $84,000 was only for my graduate degree.”

Finally, 15 years later, she realized with help from Sarah Christa Butts, director of public policy for NASW, that she qualified for the PSLF program, which normally requires all of the following: