Assisting Victims of Human Trafficking: Strategies to Facilitate Identification, Exit from Trafficking, and the Restoration of Wellness 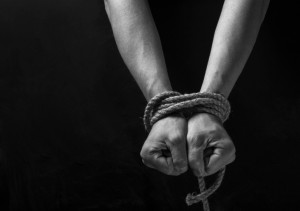 Human trafficking represents an estimated $31.6 billion of international trade per year in 2010. Human trafficking is thought to be one of the fastest-growing activities of transnational criminal organizations.

Human trafficking is condemned as a violation of human rights by international conventions. In 2000 the United Nations issued the Protocol to Prevent, Suppress and Punish Trafficking in Persons, Especially Women and Children, also known as the Palermo Protocol, which went into effect in 2003. The Palermo Protocol criminalized trafficking, and provided the first internationally agreed upon definition for trafficking in persons. According to the protocol, human trafficking comprises three elements: act, means, and purpose. More specifically, it is defined as:

recruitment, transportation, transfer, harbouring or receipt of persons, by means of the threat or use of force or other forms of coercion, of abduction, of fraud, of deception, of the abuse of power or of a position of vulnerability or of the giving or receiving of payments or benefits to achieve the consent of a person having control over another person, for the purpose of exploitation. Exploitation shall include, at a minimum, the exploitation of the prostitution of others or other forms of sexual exploitation, forced labour or services, slavery or practices similar to slavery, servitude or the removal of organs.

The emergence of human trafficking as a widespread crime has characterized the 21st century. While estimates on the number of people trafficked vary, the UN’s International Labour Officer (ILO) estimates the minimum number of people trafficked worldwide at any given point in time is approximately 2.5 million. Recent analysis, however, has suggested this figure grossly undercounts the number of victims, and that globally trafficking may be as high as 27 million persons.

Trafficking tends to draw from particular parts of the world, and also tends to have specific destinations. The United States is one of the primary destinations for human trafficking. As such, social workers in the US are uniquely positioned to identify the victims of trafficking and help them. This is especially urgent in light of the social work profession’s concern with social justice issues. However, scholarship on human trafficking and training in identifying trafficked persons and aiding them have been lacking in professional discourse. In a recent issue of Social Work, David R. Hodge, PhD, an associate professor in the School of Social Work at Arizona State University, addresses the issue of human trafficking.

The author defines trafficking and emphasizes the role social workers can play in identifying trafficked persons, helping the exit the situation, and providing the necessary physical and psychological healing that persons who have exited trafficking may need. Often, due to physical exploitation, for instance, trafficked persons develop health problems which bring them into such settings as hospitals, emergency rooms and clinics. Social workers in these environments are positioned to identify persons who are trafficked, especially looking for indications from the person’s situation, personal stories and emotional demeanor.

Hodge further elaborates on means to help trafficked persons exit, emphasizing the often delicate situation (including the possibility the trafficked person has come to identify with the trafficker, and may not wish to leave). He discusses issues around helping a person who has exited trafficking to be restored to mental and physical health when possible, and suggests areas in which further research is needed. The author notes:

Human beings are not commodities that should be bought and sold.…[T]rafficking presents a human rights challenge to the social work profession.

It is hoped this article will further the dialogue on human trafficking and prompt further research and an active response from the social work profession.