Muslim Women in America and the Hijab: A Study of Empowerment, Feminist Identity, and Body Image 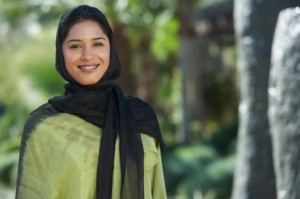 Social work studies continue to grow in their understanding of people of diverse religious and cultural backgrounds, and yet there is still a significant gap in the literature dealing with Muslim Americans. This knowledge deficit is crucial given the increased visibility and vulnerability of Muslims in U.S. society, especially since the events of 9/11. Cultural competency practices for social workers needs to include understanding the values and mores of all cultures making up the patchwork quilt of American society, including those of Muslims.

In the October 2015 issue of the journal Social Work (which is specifically dedicated to women’s issues), Anderson Beckmann Al Wazani, MSW, a community organizer from Raleigh, NC, has published the findings from a series of interviews with Muslim women regarding the wearing of the hijab, particularly in light of the values of empowered feminists in the U.S. Al Wazani notes from the beginning that the values of Western feminism and Muslim women wearing more traditional outfits seem to be at odds. Al Wazani points out that hijab simply means ‘a covering’ in Arabic, and for the purpose of his study the term refers to “a headscarf paired with clothing that covers the arms and legs.”

In the past, Western feminism has regarded hijab as a symbol of the oppression of Muslim women by Muslim men and the imputed “patriarchy” of Islamic societies. Al Wazani, through  interviews with Muslim women, has arrived at a different interpretation: the hijab is seen as empowering. The interviewees point out that they have chosen to wear hijab, and that this choice is part of their self-determination and self-empowerment.

The article goes into detail about the questions asked (e.g., when did you start wearing hijab, why did you start wearing hijab, how does wearing hijab affect your body image, etc.). The results are fascinating: the women reported identifying as empowered Muslim women, and yet felt that Western feminists often misunderstood their empowerment. Furthermore, none of the participants in the study reported having a negative body image. They reported feeling less judged about their bodies by others in their social settings.

The women felt their decisions to wear hijab challenged Western feminists notions of women’s empowerment. And many participants felt that the oppression of women and hijab are two separate issues.

Social workers need to develop skills in cultural competency. This includes appreciating the values and mores of various cultures making up U.S. society. Realizing that a Muslim woman wearing hijab may view her clothing as a symbol of female empowerment rather than oppression can help social workers fine tune their approach to dealing with Muslim clients. It is crucial to the expanding knowledge of cultures in the U.S. that these values be examined and appreciated by social workers.