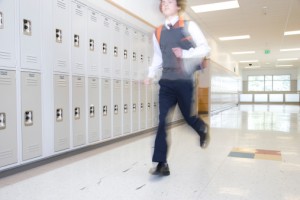 Childhood emotional, behavioral, and social problems are serious developmental challenges affecting the lives of a substantial number of youths. Estimates suggest that 20 percent of children in the United States have difficulty with attention, disruptive behavior, and mood. Severe social, emotional, and behavioral health difficulties are predictive of a variety of pervasive problems, including substance abuse, criminal behavior, risk taking, and a host of other negative outcomes costly to youths, families, and society. Perhaps most alarming, the majority (80 percent) of youths in need of supports lack access to such services.

Because of compulsory attendance laws and the legislatively derived institutional mission of schools to educate our youths, schools are uniquely situated to provide social, emotional, and behavioral support services to facilitate healthy development. As a result, schools are increasingly adopting prevention-oriented multitiered systems of support (MTSS) that focus on early identification, developing a continuum of scientifically based prevention and intervention supports, and monitoring the effect or responsiveness of students to those supports using reliable and valid academic and behavioral health outcomes. On balance, studies indicate that tiered response models have modest but significant impact on important student outcomes.

The County Schools Mental Health Coalition, a collaborative among six independent school districts, was established to promote a coordinate and multidisciplinary initiative to implement a scientifically based model of assessment and prevention. In a recent issue of the journal Children and Schools, published by NASW Press, researchers published an article discussing the model and describing the process and unique partnership approach to improving adolescent and youth functioning. The partnership includes a triannual countywide screening for all school-age youths (N = ~25,000), a common reporting process at multiple levels, evidence-based treatments mapped onto risk factors, and professional supports to assist school-based problem-solving teams to identify and provide scientifically based supports for all students as well as at-risk and in-risk youths across universal, selective, and indicated levels.

Social work as a profession has tasked itself with a series of grand challenges to foster meaningful social change. As school social work enters its second century as a student support profession, school social workers (SSWs) must demonstrate how current practice trends reflect the goals set forth in the grand challenges with special attention given to the challenge of fostering healthy development of all youths. Currently, it is estimated that approximately 25,000 SSWs assume a variety of roles to support student success in U.S. schools. SSWs, in partnership with other student support professionals (for example, school psychologists, nurses, counselors), are well positioned to meet this grand challenge by adopting evidence-based frameworks for integrating prevention and intervention services. However, four decades of national surveys suggest that professional SSWs are not widely adopting systemic models of prevention—instead, survey responses reveal that SSWs remain rooted in an individual case management or targeted student-level direct service and crisis response approach to practice. Furthermore, surveys also reveal that SSWs do not widely use reliable and valid systemic screening and assessment tools or ongoing sources of performance monitoring to appraise the impact of their practices on relevant student outcomes.

In light of recent national survey findings, a group of researchers and practicing SSWs developed the School Social Work Association of America’s national school social work practice model to establish basic competencies, communicate core practice skills, and provide a national focus and direction for SSWs working across states under a variety of titles, expectations, and certification procedures. The model lists three broad practice domains in which SSWs are expected to possess basic competencies reflective of their training. Specifically, adequately trained SSWs should be expected to (1) provide evidence-based educational, behavioral, and mental health direct services; (2) engage in universal practices that promote a school climate and culture conducive to learning; and (3) maximize access to school- and community-based resources. The model also lists four guiding principles or practices long known to profoundly affect positive change in each of the aforementioned domains. These principles include practice knowledge and skills in (1) home–school–community linkages, (2) ethical guidelines and educational policy, (3) education rights and advocacy, and (4) data-based decision making.

The County Schools Mental Health Coalition provides a case example of how this model is implemented. The coalition uses a stepwise, data-driven decision process that shapes common practices across elementary, middle, and high schools while preserving local building-level autonomy. That is, the coalition developed common screening instruments; identified a selection of scientifically supported programs and practices at the universal, selective, and indicated levels; selected free and valid assessments and progress monitoring tools; identified common outcome indicators; and outlined a school-based problem-solving process. The process is operationalized through the following four problem-solving steps that occur three times during the academic year (that is, fall, winter, and spring): (1) administer student and teacher checklists and share data with school personnel to identify areas of concern; (2) use checklist data to identify both effective interventions from a menu of evidence-based supports mapped onto each assessed risk area and students who will receive interventions at all levels (for example, school, classroom, small group, individual); (3) implement the supports; and (4) collect information to monitor and evaluate the effectiveness of the supports.

As the first step in the process, teachers and students participated in risk screenings. Responses were provided on brief measures (that is, a teacher-report measure and student-report measure), assessing students’ level of risk on a series of indicators associated with concerns in (a) attention and academic competence, (b) peer relations and social skills, (c) internalizing behaviors, (d) self-regulation and externalizing behavior, (e) school engagement, and (f) general risk factors. Data were standardized and shared with school-based problem-solving teams. Results of the problem-solving meetings were that teams (a) identified universal, selective, and individual student concerns from the data; (b) selected one scientifically based support shown to mitigate the identified concern from a predefined menu of options previously mapped to each assessed risk factor; and (c) developed an action plan with measurable goals that included the current percentage of risk, a specific strategy that would be used to reduce the risk, the specific amount or percentage of decrease in the risk the team would like to see after the strategy was implemented, and specific people directly responsible for various strategy implementation tasks. From these assessments the coalition can enact supports at the universal, selected, and indicated levels.

Over the course of the past two years, the coalition has learned much. The use of common measures and data across six districts drives the supports offered to the buildings. Before concluding, the researchers offered three lessons learned. First, school personnel lack the training and opportunity to access and interpret data within a problem-solving framework that aligns with evidence-based practices and interventions. On occasion, schools would misinterpret and underuse the data. To overcome these barriers, the coalition helped schools build effective problem-solving teams by providing them with SSWs to guide the process, created data interpretation tools, provided a prepopulated list of evidence-based supports that mapped onto assessment domains, and consulted with school staff throughout the process. Second, even when school personnel can interpret the data, they occasionally have difficulties mapping these data onto effective interventions. Thus, the coalition manualized the approach so that SSWs or other problem-solving members could easily refer to the manual to understand the process and map the data onto scientifically supported interventions. Last, it is important to have immediate and frequent feedback from school partners to overcome barriers and issues that arise in the field.

Today is an important time in the history of school social work. The values and vision that have driven school social work practice for over a century are now on the precipice of being put to action to solve social problems on a grand scale. Many of the ideas summarized above have been percolating in the social work field, and in other fields, for many years. However, many of these concepts initially appear vague and lack specific direction. As groups like the coalition test ways to approach developing a systematic process to support students, more concrete and practical steps arise out of the process. The big ideas that transcend fields are beginning to coalesce into a shared understanding and set of practice guidelines for helping SSWs meet the grand challenge of fostering healthy environments for all children.