Estimating the Economic Cost of Childhood Poverty in the United States 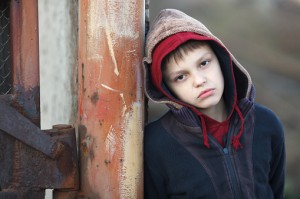 Those pursuing a reduction in poverty view it as justified from a social justice perspective. But is it also justified from a cost-benefit perspective, as well? Various studies have tried to tabulate the economic costs of poverty in the United States. One recently published study, in the NASW Press- and Oxford University Press-published journal Social Work Research, attempts to delineate the economic costs of childhood poverty in the U.S.

The researchers calculated the lifetime costs of all new cases of child poverty occurring in a single year. They included the following costs:

By factoring all these costs together, the researchers arrived at the conclusion that childhood poverty costs the U.S. economy over one trillion dollars.

This raises a second question: in economic terms, would it cost more to reduce childhood poverty than it would save the economy, or is it more cost-effective to simply accept the high levels of childhood poverty?

The researchers ran the numbers, and concluded that simply on an economic rationale, it is more cost-effective to reduce childhood poverty than to let the status quo continue. They argue for further research in this area, and conclude:

“The profession of social work is well positioned to advocate and lobby for the alleviation of poverty with such knowledge. Recognizing the enormous costs of poverty is an important step toward summoning the political will to address this economic and societal blight on the nation.”