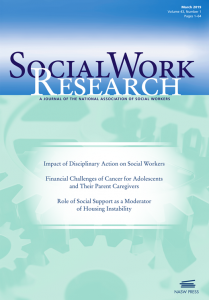 Interest in the construct of grit has increased across disciplines due to its ability to predict success in a wide variety of settings. Grit is a particularly important construct among disadvantaged populations, who typically must overcome a disproportionate number of obstacles to reach their goals.

In a recent issue of the journal Social Work Research, co-published by NASW Press and Oxford University Press, researchers revealed their findings from a study which developed and tested a model of grit among one such population: underemployed urban African Americans. The study sample consists of 1,045 consecutive attendees at a two-week job readiness training program in a large urban area.