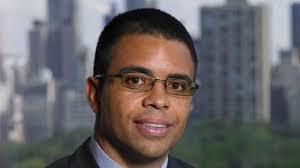 The U.S. Senate will soon decide whether to confirm Debo Adegbile to serve as assistant attoney general in charge of the Department of Justice Civil Rights Division.

The National Association of Social Workers (NASW) is one 75 organizations that signed a letter to Senate leadership urging confirmation of Adegbile. NASW is  also active in the Debo Nomination Coalition.

There are several important reasons why his confirmation is important to the social work profession.

Adegbile’s personal history is compelling.  He was born in the Bronx to an Irish mother and a Nigerian father. His father abandoned the family leading to his experiencing periods of homelessness as a child.

However, his mother managed to ensure he received a quality education and Adegbile eventually attended Connecticut College and New York University Law School. Adegbile’s exposure to early childhood poverty and living in a single parent household gives him invaluable insight into the importance of protecting the civil and human rights of vulnerable and politically powerless populations.

Just as importantly, Adegbile has a stellar background in both litigating and advocating for civil rights protections for all Americans. His years as an attorney for and later acting director of the NAACP Legal Defense Fund (LDF) provided him with experience in arguing civil rights cases before the nation’s higher courts, including the U.S. Supreme Court.

Because of he has twice argued for voting rights before the Supreme Court and represented a range of people – including victims of domestic violence, police officers, firefighters, voters, families struggling with foreclosure, and victims of Hurricane Katrina – it is clear that he is eminently qualified to lead the the Civil Rights Division.

Social workers and other advocates can voice their support for Mr. Adegbile’s confirmation. The Debo Nomination Coalition has mobilized a nationwide effort to educate and reach out to members of the Senate to ensure that he is confirmed.

For those who would like to voice their support for this important nomination and need more information, please contact Mel Wilson, manager of NASW’s Department of Social Justice and Human Rights at milwson@naswdc.org or Ellen Buchman, vice president of field operations at the Leadership Conference for Civil and Human Rights, at buchman@civilrights.org.