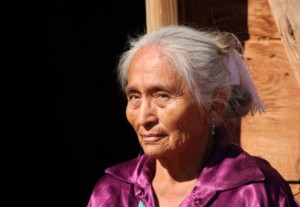 Research is critical for understanding the needs of clients and expanding the knowledge of social workers in the field. Even the most narrowly-focused studies can add to the growing body of knowledge in social work, and aid future undertakings to serve individuals and society. Social Work Research, a journal published quarterly by NASW Press presents cutting edge research in social work issues and practices. The incremental yet important information gained through this research can impact social work for years to come.

The rates of individuals availing themselves of colorectal cancer screenings vary among ethnic groups. According to recent data, the prevalence of screening rates for American Indians and Alaska Natives was 51%, versus 61% for African Americans and 60% for whites. As for colorectal cancer itself, the rates are highest among African Americans, followed by American Indians and Alaska Natives, non-Hispanic whites, Hispanics, and Asian/Pacific Islanders. Furthermore, cancer rates in general tend to be significantly higher for American Indians living in the Northern Plains than for those in the Southwest. Clearly, a study of colorectal cancer screenings in the Northern Plains was warranted.

The researchers set out to identify the factors that correlate with the receipt of colorectal cancer screenings among American Indians living in the Northern Plains. They focused on people aged 50 and above, and recruited their sources through American Indian churches and other religious organizations, senior housing facilities, senior centers, an annual Indian art market, and three powwows in South Dakota. They broke the data up into three factors that would facilitate colorectal cancer screenings:

Based on the surveys, the researchers made several interesting discoveries. For instance, while age and being married correlated positively with screening receipt, education was not significantly correlated. Also a personal history of cancer was correlated with colorectal cancer screenings, but family history was not. Self-awareness and self-efficacy were correlated with screenings as well. In fact, researchers suggest that focusing on self-awareness and self-efficacy may be more promising areas to focus prevention and intervention efforts in increasing knowledge of colorectal cancer screenings.

The researchers also recommend culturally appropriate screening and prevention strategies, with the caveats that American Indian tribes vary widely and that members of these tribes are themselves are individuals with varying motivations and histories. Multiple modalities of prevention and intervention, as well as treatment are called for, including offering a mix of bio-medical and traditional approaches.

As always, the researchers call for more research in this area, and recommend social workers attune themselves to culturally competent practices in this and other medical preventive and intervention practices.