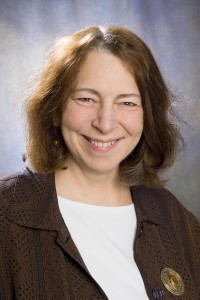 The National Association of Social Workers Foundation (NASWF) has announced social worker Joan Ditzion is recipient of its Knee/Wittman Lifetime Achievement Award for her decades of work advocating for gender equity and the humans right of women, especially women who are older adults.

“The NASW Foundation is proud to bestow this honor upon Joan Ditzion,” NASWF Director Robert Carter Arnold said. “Ms. Ditzion has devoted her life to helping our society overcome sexism and ageism and promoting positive aging. She has done this tirelessly through her writing, clinical work, public speaking events and workshops.”

Ditzion, MSW, LICSW, is one of the original founders of the Boston Women’s Health Book Collective, now known as Our Bodies Ourselves. Our Bodies Ourselves has become a nonprofit, public interest organization based in Cambridge, Mass., that develops and promotes evidence-based information on girls’ and women’s reproductive health and sexuality.

Ditzion is co-author of all editions of “Our Bodies, Ourselves,” which was first released in 1970 as a 193-page course booklet. The publication was revolutionary because it provided a forum for women to have frank discussions about issues important to their health, including sexuality, abortion and how they were treated by doctors.

There have been nine editions of “Our Bodies, Ourselves,” including a 40th anniversary edition of the book in 2011. The book has been translated and/or adapted in 26 languages. The Library of Congress included the original “Our Bodies, Ourselves” in the exhibit “Books That Shaped America, a collection of 88 nonfiction and fiction titles “intended to spark a national conversation on books written by Americans that have influenced our lives.”

Ditzion also co-authored “Ourselves and Our Children” in 1978 and “Our Bodies, Ourselves: Menopause” in 2006.

Ditzion has been a geriatric social worker – and NASW member — since 1985 and her focus gradually changed to issues of aging and older women and families. She has also used her writings, presentations and workshops to continue to address sexism and ageism, give people advice on how to age well, and promote the vitality of feminist values.