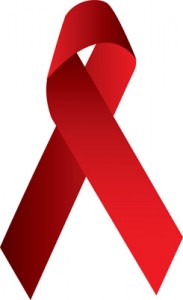 Wednesday 1 December 2010 is World AIDS Day and I wanted to share some thoughts as it relates to the epidemic from a personal perspective and how this relates to our roles as social workers at our local and international levels.

Many of you may not be aware that for over twenty years I have been involved with Boston’s AIDS Action Committee and served as the Chair of the organizations Board of Directors for 6 years. This past June 2010 I had the honor of being amongst 25 individuals honored by this important organization as someone “who’s contributions to the fight against AIDS over the last two-and-a-half decades have been invaluable in the care for those affected by HIV/AIDS and to prevent new infections.” .
Sadly there is still so very much for us all to do!

Disparities continue to abound! For example in my home state of Massachusetts, African-Americans account for more than 25 percent of HIV/AIDS cases while making up about 5 percent of the state’s total population. AIDS is the leading cause of death among African-American men and women aged 25 to 44 in the United States. Most HIV+ women have been infected with HIV through heterosexual sex. Physically, women are more susceptible than men to HIV infection through heterosexual sex, and this fact alone means that special attention must be paid to protecting them if they are not to be disproportionately affected by the epidemic.

Information drawn from different studies shows that during heterosexual sex, women are about twice as likely to become infected with HIV from men as men are from women. This is a major reason why women have caught up so rapidly with men when it comes to figures for the numbers of HIV+ people. It seems very possible that, unless something is done to prevent it happening, women will soon come to overtake men in these statistics.

This may already be happening – data from the CDC in America shows that among teens, girls accounted for more than half of new HIV infections reported in 2001. Globally, women make up 60% of the 15-24 year olds who are HIV+. Many millions of children around the world have already been orphaned by AIDS, and become themselves easy prey to the virus.

Why is it difficult for women to protect themselves?
Inequalities

Feminism may have been discussed in the West for several decades, but in many parts of the world its impact has not been felt at all. There still exist major inequalities between women and men in all aspects of living – from employment opportunities, availability of education, and choices in relationships. Many countries still have patriarchal rules governing women’s place in sexual relationships. In some societies, women are unable to choose their sexual partners or who they marry, these choices being made for them by men in their families. In situations where the man has all the power, a woman is unlikely to be able to insist on the use of condoms, or to take measures to protect herself from HIV.

In many countries, women still have very narrow career options available to them, and often these are limited to the prescribed roles of teachers, nurses, social workers or other providers of care for their family members and communities. These roles, however, are crucial ones in all societies. A country which loses a large number of nurses or social workers will have great difficulty in keeping its medical services running. A country which loses many teachers will find it hard to educate the young. And both health care and education are absolutely vital anywhere where there is a severe AIDS epidemic.

Women are often required to work harder than men, even if they are infected with HIV. In many places girls may be taken out of school to care for family members who are infected, and a woman who is seen as the main care provider for the family will also be expected to go out to work.

Women in the family

Even marriage isn’t a protection for a woman in many countries. A woman extra marital sexual behavior is not only frowned upon but actually criminalized in certain places, while men’s extramarital sexual relationships and use of female sex workers are seen as being almost acceptable, or to be expected. Much of the HIV prevention work in developing countries now focuses on sexual abstinence until marriage, but remaining faithful to her husband will not help a woman to stay safe from HIV if he is the one who infects her. In fact, this is one of the most common ways in which women are infected in many places.

Additionally, the multiple roles women fill in society are very important ones. Women are the bearers of and care providers for children and are crucial to social and family structure. In many countries women have a vital place in the workforce in addition to caring for their families. The loss of a mother can be devastating to a family, often depriving them of a key breadwinner and depriving children of a vital care provider and teacher.

Another way in which women’s lack of economic power enables their sexual exploitation is via prostitution. Poverty is the most common cause of prostitution, but whatever its cause, female sex workers are in a very high-risk group. Women who desperately need money to care for their children, many of them widowed by AIDS, are not in a position to insist that their customers wear condoms. This means that they are not only at risk of becoming infected with HIV, but that if they are already HIV+, they can pass the virus on to their customers. Often, these customers take AIDS home to their families.

Female sex workers are, in many countries, both frowned on socially and criminalized. It is very difficult for these women to access the health care services they need in order to stay healthy if they risk arrest or punishment when their profession is known. This stigmatization increases the vulnerability of a group that is already at considerable risk.

Drug use is a social problem afflicting women just as much as men. The typical junkie is imagined to be a man, but in fact many injecting drug users are women. Anyone who becomes addicted to injected drugs is liable to sexual exploitation and vulnerable to infection from injecting equipment. Many female partners of male needle users are also infected with HIV, transmitted to him by dirty needles.

In many countries – especially less socially stable regions – there is a greater likelihood of women’s first sex being forced or in some way coerced. Rape can be a devastating experience for any woman, and can also carry the risk of HIV infection. Sexual violence against women is more common in some parts of the world than in others. South Africa, for example, has one of the highest rates of sexual violence, coupled with a huge HIV prevalence. In some parts of Africa there is a belief that having sex with a virgin can ‘cure’ HIV infection – leading to the rape of young women and children by HIV+ men.

AIDS is also increasingly being used as a weapon in war and a tool of ‘ethnic cleansing’. In parts of the world where there is a very poor security situation there are growing numbers of reports of women being raped with the intention of deliberately infecting them with HIV? HIV infection is a weapon which can still have devastating effects long after a war is over.

Women living with HIV/AIDS suffer from the same conditions as men do, but they also experience separate illnesses, such as severe pelvic inflammatory disease, which increases the risk of cervical cancer. Women also react differently to antiretroviral therapy, and may sometimes need different treatment from men. There is no one treatment method that will perfectly suit the needs of both men and women.

What needs to change?

Gender roles around the world pin women into positions where they lack the power to protect themselves from HIV infection and where, if they are infected, they lack opportunities to receive treatment. Negative assumptions about women’s roles and discrimination against them must be challenged and women must be empowered to help themselves and to protect themselves.

Women who have been raped need to have access to post-exposure prophylaxis – medical techniques which can reduce the chances of HIV infection if the victim of a rape is treated quickly. In many (mainly African) countries with high levels of sexual violence against women and high HIV prevalence, this treatment is not freely available to women.

Protecting women from HIV is not solely a woman’s responsibility. Most HIV+ women were infected by unprotected sex with an infected man. Preventing infection is the responsibility of both partners, and men must play an equal role in this. If no HIV+ men had unprotected heterosexual sex, the number of women newly infected with HIV would plummet.

Many women may not think they are at risk for HIV infection. There is still, in some places, a myth that HIV infection is something that happens to other people – to men, to injecting drug users, to people from other ethnic groups. This falsehood needs to be cleared up, and countries around the world need to empower women to be able to protect themselves. If, in the short term, it is impossible to empower women to be able to insist on condom use, then efforts must be made to find an alternative solution.

There are plans underway to develop a microbicide a gel or cream which can be applied vaginally, without a partner even knowing, and which would kill HIV, preventing infection. Testing has been taking place for a number of years, but medical experts say that even if all goes well; such a gel is still at least 5 years away. There are many issues surrounding the development of microbicide’s. Even if such a product can be shown to be both safe and functional, it will then have to be made palatable to consumers from different countries and cultures. One particular issue is pregnancy.

Women in developing countries may want a microbicide that prevents HIV infection but which allows pregnancy to occur, whilst other women may want to be protected against both HIV infection and pregnancy. Given that a number of faith-based organizations espouse anti-contraception views, it seems likely that a microbicide which does not prevent pregnancy will be more easily accepted.

In the so called developed countries there is still much more to be done to protect women. There has been criticism that sex education in schools in the USA is based on the idea that sexual fidelity until marriage is the best way to prevent STD infection. This won’t protect a woman if she is infected by the man she marries, and it leaves her vulnerable and ignorant if she changes her mind, and has sex before marriage. This is why women must be taught about reducing risk by using condoms, and condoms must be easily obtainable for women.

Violence against women, discrimination, gender-based inequalities, prostitution and other racial ,ethnic and global disparities and social inequalities – are all social issues which undeniably need to be changed, but which might take years to fully alter. Women, who have HIV, need to have access to treatment now, and women who don’t have the virus need to be able to protect themselves. Access to treatment should be guaranteed globally!

What is it that we can do as a global social work community? We can continue the work begun this summer in Hong Kong towards the realization of the 2010 Hong Kong Global Agenda. We can collectively work to ensure that the Millennium Development Goals become a reality. I hope that on this World AIDS Day 2010 that you will read and share the IFSW policy on HIV/AIDS with others and that you will visit the IFSW Global Agenda if you have not done so already. Together we can indeed make a difference!