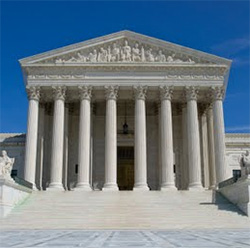 Two major policy and legal decisions on immigration in the United States have been issued in the past two weeks.

The first was the June 15 Obama administration’s policy directive to stop deportations of many children and young adults of undocumented parents. The second was the June 25 Supreme Court decision which effectively struck down much of the state of Arizona’s immigration policy that many saw as being excessive in its scope.

The Court’s ruling had the following elements:

The Court indicated that depending on how Section 2(B) is implemented, later legal challenges could be anticipated.

The NASW Code of Ethics was amended in 2008 to ban discrimination by social workers on the basis of an individual’s immigration status.  NASW applauds the Supreme Court’s holding that federal immigration laws supersede Arizona’s law and will be monitoring the impact on pending legal challenges to other states’ legislation, such as Alabama’s H.B. 56, which imposed punitive anti-immigrant measures.