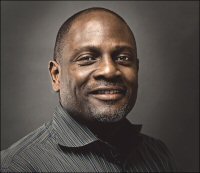 The National Association of Social Workers (NASW) congratulates Douglas Brooks, MSW, LCSW, on his appointment as director of the White House Office of National AIDS Policy (ONAP).  Brooks brings the necessary leadership skills to oversee implementation of the National HIV/AIDS Strategy (NHAS) and HIV Care Continuum initiative in a way that will engage the many communities and organizations committed to ending HIV/AIDS.

As noted by President Obama, Brooks, who is an NASW member, has extensive policy and community-based practice experience.  As a professional licensed clinical social worker, skilled administrator, and policy analyst, Brooks has demonstrated his commitment to address HIV/AIDS from a holistic point of view.

“Douglas Brooks is an excellent choice for the Director of ONAP,” NASW Chief Executive Officer Angelo McClain, PhD, LICSW said. “The health and mental health provider community has a key role in advancing efforts to end HIV/AIDS, and Douglas’ experience in these arenas as well as his dedication to social justice will be invaluable assets at ONAP.”

Gary Bailey, MSW, ACSW, president of the International Federation of Social workers, said he looks forward to working with Brooks to address HIV/AIDS not only on a national level but an international one as well.

“President Obama has again shown amazing judgment in leadership in the appointment of Douglas Brooks to this position,” Bailey said. “Douglas has been a champion of people living with HIV and AIDS and a visionary in the provision of programming for people living with HIV and AIDS. He has also been someone who has never forgotten and never stepped far away from his social work training and social work roots.”