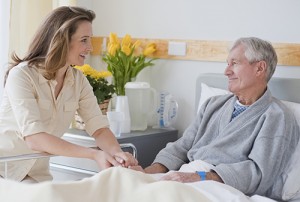 Today, the Supreme Court made a monumental decision on a challenge to the federal Affordable Care Act (ACA). In a 6-3 ruling, the Court dismissed the contention that providing subsidies to low-income persons to purchase health care through the ACA was not proper due to lack of specific authorization in the wording of the law.

The National Association of Social Workers (NASW) applauds that decision. Had the Supreme Court ruled otherwise, it was estimated that as many as 8 million people would have become uninsured. Not only has the Court’s eliminated this particular test of the legitimacy of ACA, legal experts suggest that  the wording of the majority opinion will make it far more difficult for future attempts to legally challenge ACA to reach the Supreme Court.

This was a major victory for those who advocate providing health care access for all Americans. The ACA has evolved into a significant and effective safety net program for low-income citizens in many states. NASW joins many other healthcare advocates across the nation in a collective sigh of relief that the Supreme Court has upheld one of the key provisions of the ACA permitting it to remain a viable program for access to healthcare coverage in the U.S.