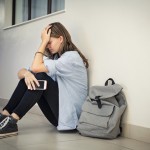 The National Association of Social Workers (NASW) and 30 other organizations on April 4 joined an amicus brief led by the National Women’s Law Center (NWLC) in support of the petition to the U. S. Court of Appeals for the Ninth Circuit to rehear en banc the sex-based harassment case of Brown v. Arizona. En banc means all judges of the court would hear the ... END_OF_DOCUMENT_TOKEN_TO_BE_REPLACED

NASW-PACE field organizers talk about their experiences during election 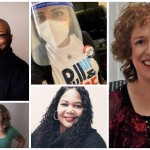 In an effort to elect candidates who support legislation and policies consistent with the goals of the social work profession and those served by the social work profession, the National Association of Social Workers Political Action for Candidate Election (NASW-PACE) employed field organizers in five key swing states during the 2020 election. These field organizers worked in Arizona, Georgia, North ... END_OF_DOCUMENT_TOKEN_TO_BE_REPLACED

Last week, enrollment for Arizona’s Child Health Insurance Program (CHIP) opened after being frozen for years.  Now every state has a CHIP plan to cover low-income children and provide them with access to health services: https://www.cms.gov/Newsroom/MediaReleaseDatabase/Press-releases/2016-Press-releases-items/2016-07-25.html  In 2009, Arizona halted enrollment for CHIP, known as KidsCare, to save money at the state level. Health care advocates, community organizations and provider ... END_OF_DOCUMENT_TOKEN_TO_BE_REPLACED

Officials in Arizona’s Maricopa County cut the number of polling places from 200 in the last presidential election to 60 in last week’s primary. That led to massive lines in polling places, especially in areas of historically marginalized and underrepresented populations, and charges of voter disenfranchisement. Phoenix Mayor Greg Stanton has called for a Justice Department investigation. The National Association ... END_OF_DOCUMENT_TOKEN_TO_BE_REPLACED

By Rena Malai, News staff Josefina Ahumada, a member of the NASW Arizona Chapter’s board of directors, is part of a federal lawsuit filed recently in Arizona by Lambda Legal. The lawsuit, which challenges Arizona’s ban on same-sex marriage, was filed on behalf of seven same-sex couples and two surviving spouses who were part of a same-sex couple. Ahumada, one ... END_OF_DOCUMENT_TOKEN_TO_BE_REPLACED

Two major policy and legal decisions on immigration in the United States have been issued in the past two weeks. The first was the June 15 Obama administration’s policy directive to stop deportations of many children and young adults of undocumented parents. The second was the June 25 Supreme Court decision which effectively struck down much of the state of ... END_OF_DOCUMENT_TOKEN_TO_BE_REPLACED

The Association of Baccalaureate Social Work Program Directors will hold its 2009 Annual Conference in Phoenix, Arizona from March 18th through the 22nd. The theme of this year’s conference is BPD: Generalist Practice: The Future is Now. NASW is a strategic partner with BPD in promoting this year’s conference and will host a Special Plenary Session on the Whitney Young ... END_OF_DOCUMENT_TOKEN_TO_BE_REPLACED