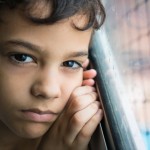 By Mel Wilson, MBA, LCSW NASW Senior Policy Advisor Shortly after Election Day, the new Biden-Harris Administration announced that immigration reform was one of its highest priorities. President Biden also pledged to rescind the inhumane asylum-seeker policies of the Trump administration ― the “remain in Mexico policy.” In February, the administration announced it would accept unaccompanied children, a reversal of Trump-era ... END_OF_DOCUMENT_TOKEN_TO_BE_REPLACED 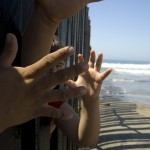 Social workers eager to help immigrants who have been separated from their children have a wealth of resources at their disposal. The truth is one of them. National Association of Social Workers (NASW) Board Member Guadalupe G. Lara, LMSW, an expert on social work and immigration, is encouraging social workers to advocate for these children and “to speak to some of the ... END_OF_DOCUMENT_TOKEN_TO_BE_REPLACED

By Paul R. Pace, News staff Rural social workers gained insight into the issues impacting people along the U.S.-Mexico border during the 41st National Institute Conference on Social Work and Human Services in Rural Areas, which was held in July. The University of Texas at El Paso (UTEP) College of Health Sciences Department of Social Work, along with the National ... END_OF_DOCUMENT_TOKEN_TO_BE_REPLACED